Posted on Last updated: 25th February 2022 Categories Things to do 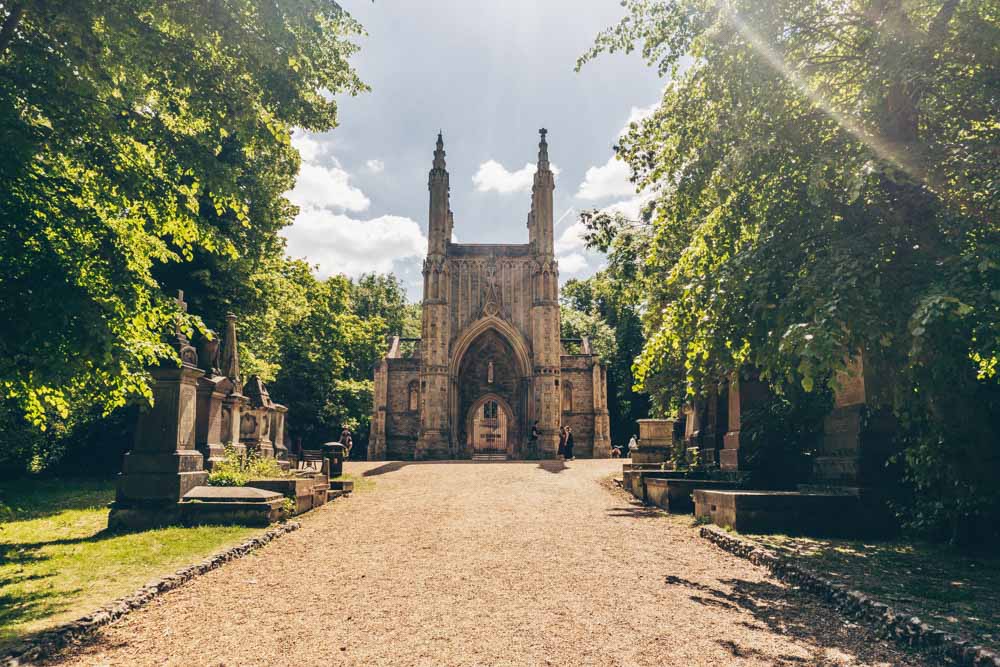 Nunhead Cemetery is one of London’s more unusual spaces – part cemetery, part wilderness and nature reserve with a curious past. It’s an attractive, albeit sombre place to explore.

It is one of the “Magnificent Seven” – the seven cemeteries built in a ring around London in the 19th century to help counteract the overcrowding of the city’s church graveyards.

All very well and good, but why would you want to visit Nunhead Cemetery today?

I finally went to visit the cemetery over the weekend, unsure of what to expect but curious enough to see what’s arguably the least famous of the seven (some of the others include Highgate, West Brompton and Abney Park cemeteries).

It’s a surprisingly pretty and peaceful place, spread over 52 acres and beautiful in a wild and unkempt manner.

Wide and formal paths are criss-crossed by a maze of smaller walkways that take you into the midst of the woodland burial plaques.

Rising to 60 metres above sea level, you can also catch a couple of brief glimpses of panoramic views of central London between the trees.

But the views are not why you’re here.

Nunhead is an unashamedly Victorian cemetery, complete with elaborate graves, plinths and mausoleums, many of which are in a state of crumbling disrepair – reclaimed by the woodland that has flourished in the cemetery’s grounds.

Unlike some of its compatriots, Nunhead Cemetery was largely abandoned between the 1970s and 2001, during which time much of it reverted to the woodland you find today.

It’s striking, if a little unsettling.

A Brief History of the Cemetery

Originally called All Saints Cemetery, Nunhead Cemetery was opened by the London Cemetery Company in 1840.

It was built to relieve the burden on the overcrowded city churchyard cemeteries and to provide a space where people could be buried with dignity and grace.

Designed by James Bunstone Bunning (who later went on to be appointed as the architect of the City of London), it was an airy and open space.

Like all of the magnificent seven, it had two chapels, an Anglican one and a non-conformist one and plenty of space to provide burials for the generations to come.

While the cemetery flourished for several years, it started to suffer when the then-new railway to Crystal Palace blocked the approach to the cemetery (although a new entrance was built in 1870).

It didn’t help its cause that the secretary of the company who managed the cemetery embezzled funds either, a fact that was only discovered after he was dead.

Over time, the cemetery fell into increasing decline, in turns vandalized and neglected, and hit by a number of bombs during WWII. Catacombs were raided for lead and valuables and several of the monuments were stolen.

Southwark Council bought the cemetery in 1975 but it was only with the help of the Friends of Nunhead Cemetery (founded in 1981) and a Heritage Lottery Fund Grant in 1998 that parts of the cemetery were restored and it re-opened to the public in 2001.

Things to See and do Within Nunhead Cemetery

The Ruins of the Anglican Chapel

Stately and austere, the ruins of the cemetery’s Anglican chapel provide a striking backdrop to the Linden Park entrance.

It’s one of two former chapels within the cemetery’s grounds (the other, a nonconformist cemetery is thought to have been destroyed by a bomb during the Blitz).

Impressive at first look, it’s only as you draw nearer to the high Gothic architecture of  the Anglican chapel that you realise it’s a ruin: much of the covered entrance stands in one piece, belying the crumbling buildings behind.

The entrance was designed so carriages could pull up and dispatch both coffins and mourners under cover to prevent them getting wet during bad weather – just one of the thoughtful touches that went into the planning of the cemetery.

Unlike other cemeteries like Highgate, you won’t find graves of many famous names in Nunhead, instead they stand in homage to heroes of a more local nature.

You may see the grave of Sir George Livesey, a local philanthropist who built Camberwell’s first free library or that of Thomas Tilling whose Peckham to Oxford Circus omnibus first ran in 1851.

The Friends of Nunhead Cemetery normally run guided tours of the cemetery on the last Sunday of every month, although these are currently suspended due to the Coronavirus outbreak.

Check ahead to see if they have resumed.

Look out for the Wildlife

After the 1970s when the United Cemetery Company abandoned the reserve and the people stopped coming, nature took their stead – effectively turning the cemetery into a woodland haven filled with all kinds of wildlife.

Today, part of the cemetery is designated as a nature reserve: keep your eyes open and you may spot woodpeckers, owls, warblers, jays and 16 types of butterfly.

The Ghosts of Nunhead Cemetery

Whether you believe in them or not, the necropolis that is Nunhead Cemetery has attracted more than its fair share of ghost sightings and stories over the years.

There’s the tale of the tall dark stranger dressed in black who emerged from the catacombs only to disappear into the woodland in 1975, or the ghosts of children said to roam the cemetery, playing amongst the graves and striking a chill in the hearts of listeners with their shrill laughter.

Are they the seven Sea Scouts buried in the cemetery after drowning on a Scout expedition to the Isle of Sheppey in 1911? No one will ever know….

One of my favourite walks in London, the Green Chain Walk, passes through Nunhead Cemetery.

If you want to spend some time exploring the surrounding areas of leafy south London on two feet, I’d highly recommend doing the stretch between the cemetery and Crystal Palace.

The easiest way to get to Nunhead Cemetery is to get a train to Nunhead railway station, a short walk away.

Click here for a Google Map with the cemetery’s location. 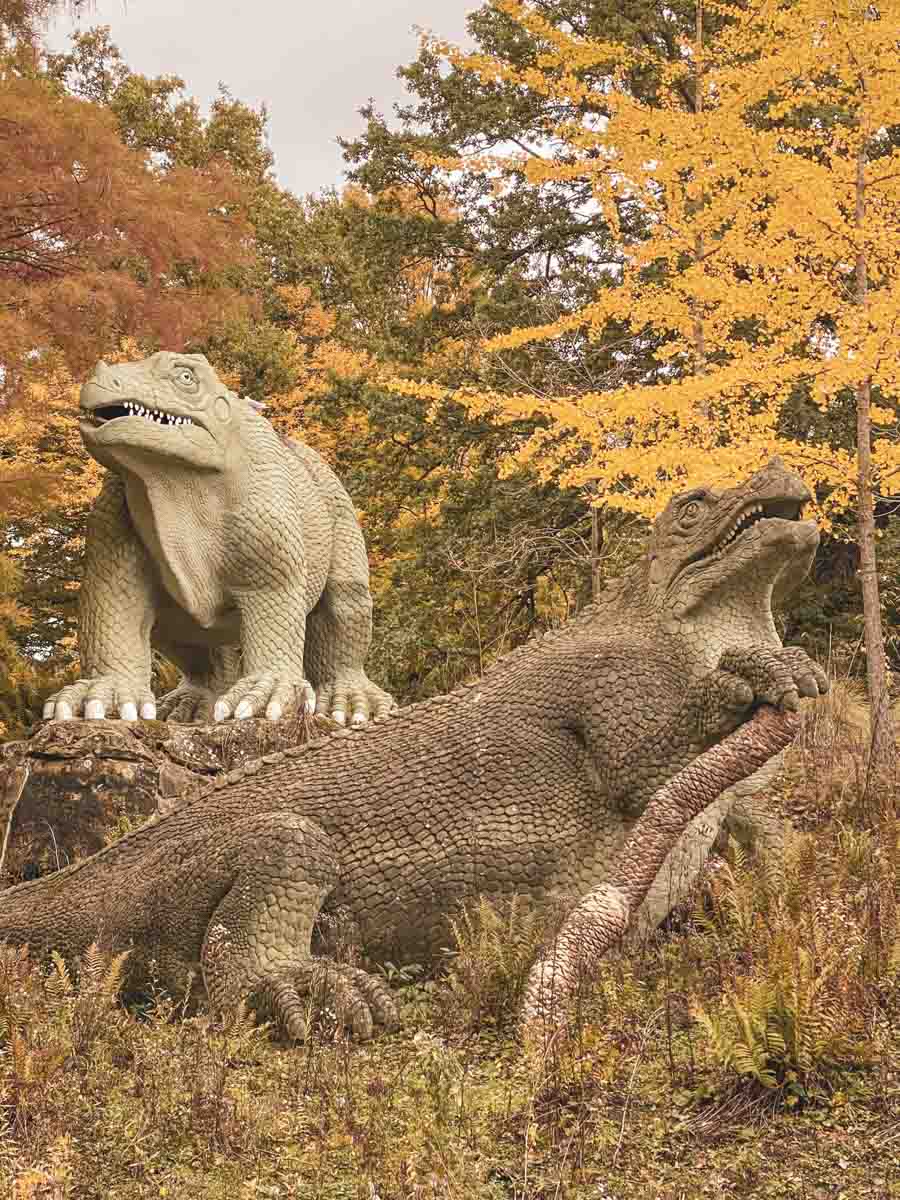 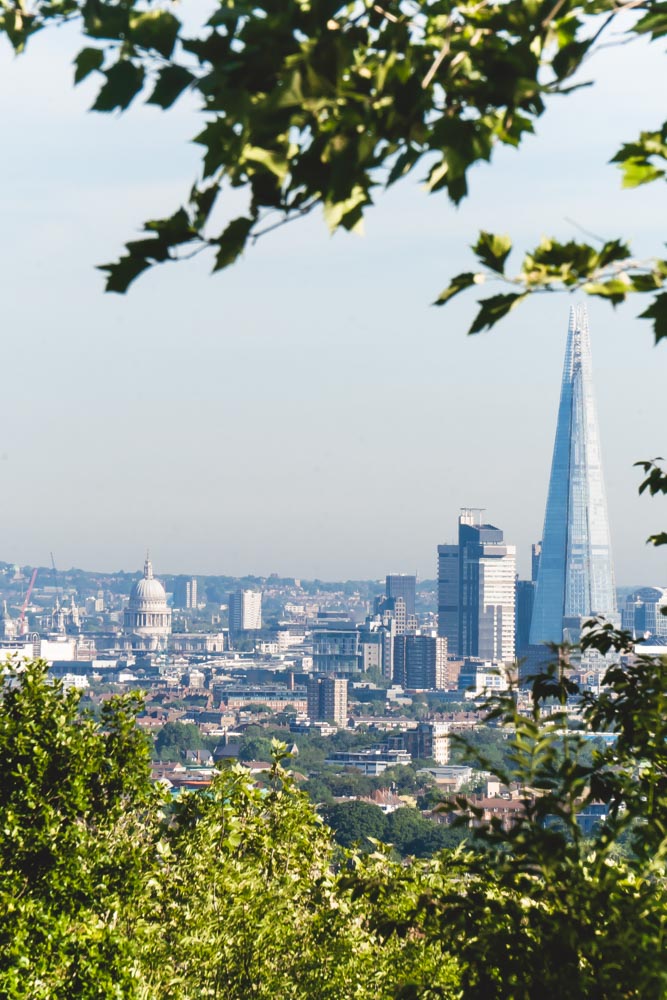 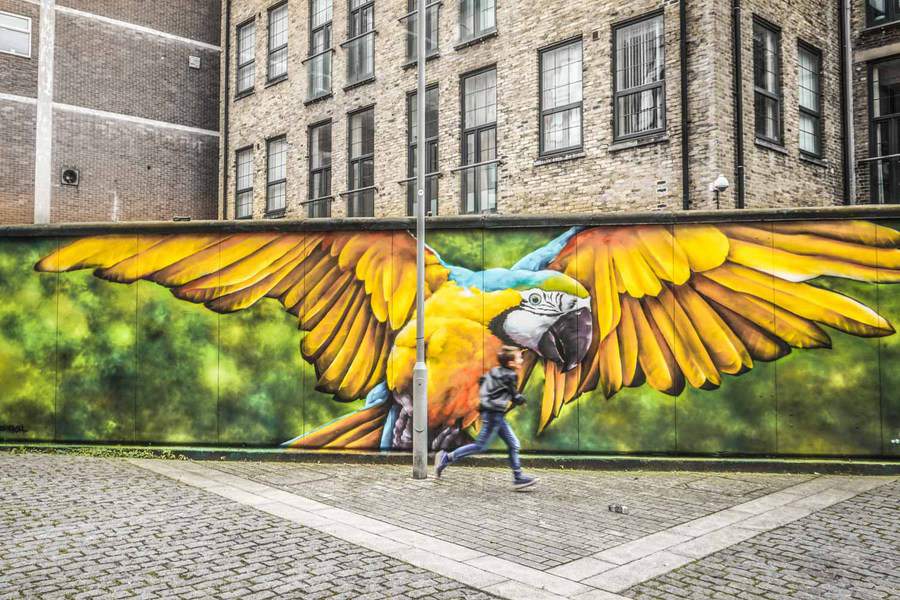 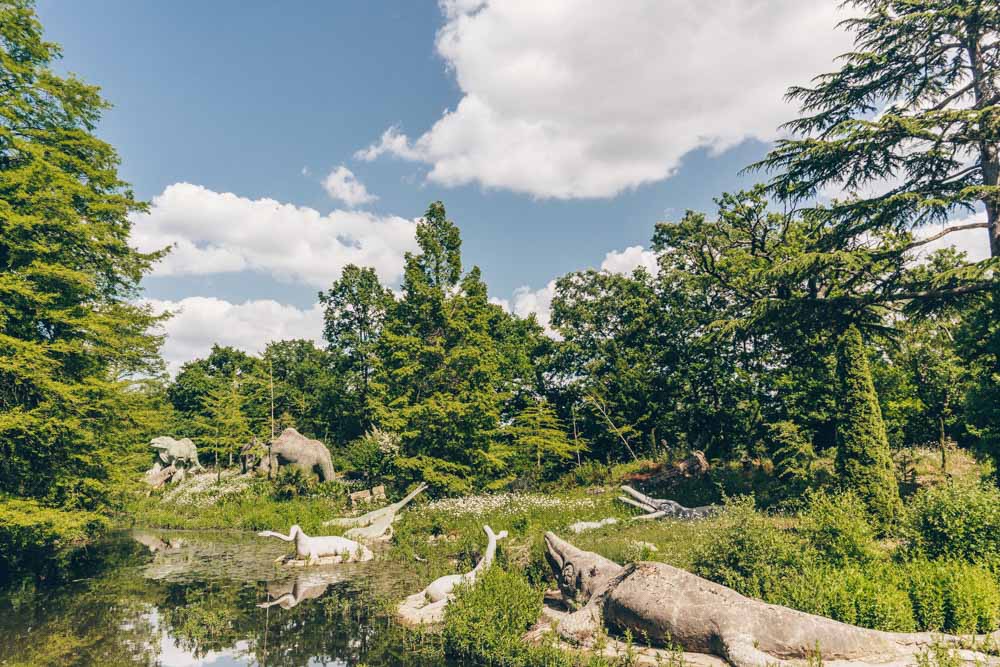 Next
21 Beautiful Parks in South London You Should Explore

Hello Julianna I’m very excited to have just discovered your website. As a Nunhead resident of 21 years you’ve thrown new light on our area, thank you. I first discovered the cemetery in 2000 and walked around it pushing our young son in his buggy. It’s definitely undergone a transformation over the last two decades, but still holds the same eerie beauty as previously.

Thanks for the kind words Liz - I'm so happy to hear you're enjoying the site! What a wonderful place to have on your doorstep. Happy and safe adventures!

I'm looking for graves with the surname Montague. Is there a website with names of those buried here ?

Sure - this page tells you how to do a gravesite search https://www.fonc.org.uk/gravesite-search.html

Can we visit now? We understood the cemeteries were only open to families. The exception has been the Brompton

Hey Beth, you can visit now - they reopened it a couple of weeks ago so you're free to head down (with social distancing).