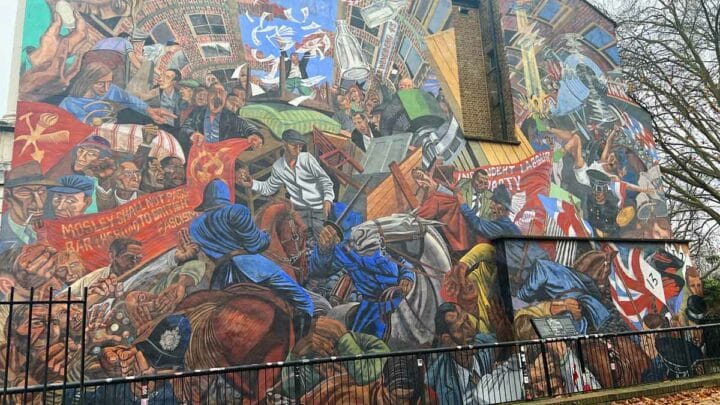 Once a bustling dockyard area, Wapping was a hub of naval and maritime importance that’s fallen from grace and risen again to become a cultural hub on the river.

Wapping used to be a centre of maritime trade on the Thames, and a port of naval authority. That heat drew bombs during the blitz and much of its original construction was destroyed.

After London’s commercial docks moved out of the city, Wapping was a mostly-forgotten area of empty warehouses and decaying buildings.

Now Wapping has found a new lease of life.

Instead of stopping here to unload a ship, or conduct dodgy dealings in a derelict warehouse, you’ll want to head to Wapping for quiet pints in hundred-year-old pubs and walks along the river.

Or to live it up in lifestyle hubs like Tobacco Dock, where you’ll find all the trappings of a good time.

Where to Stay in Wapping, London

If you fancy something a little more iconic than your run-of-the-mill place to crash, booking into the Tower Hotel might be the ticket for you.

With rooms facing the Thames and a dining area in full view of Tower Bridge, you’ll have to pay a little extra, but it’s sure to be a stay you won’t forget quickly.

At a reasonable price and a stone’s throw from several key London landmarks, including the Tower of London, the Docker’s Inn is a very good shout for a middle-ground option in London.

Rooms are cosy and clean, and you’ve got the added bonus of a pub bar right downstairs.