Posted on Last updated: 25th July 2022 Categories Things to do 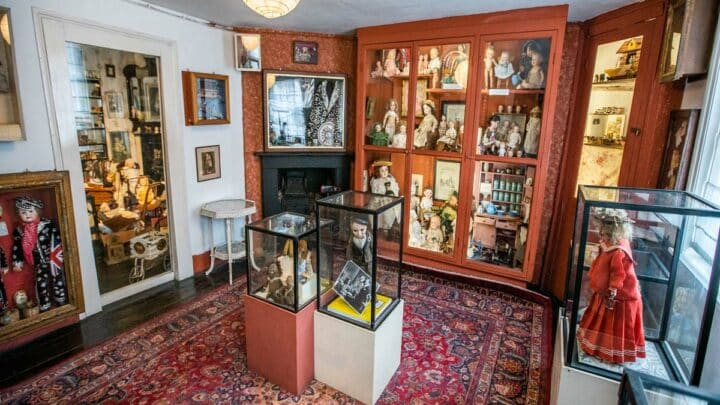 Have you heard of Pollock’s Toy Museum in London? Here’s why you need to visit this weird and wonderful spot.

Pollock’s Toy Museum is one of the quirkiest museums in the capital – which is saying something, ‘cos London’s filled with them.

Totally confused? Not to worry – we’ve got the complete lowdown on this magical spot. And by the end of this article we guarantee you’re going to want to visit.

Wait, What is Pollock’s Toy Museum?

The Pollock’s Toy Museum does exactly what it says on the tin. It’s a museum of antique toys. Not only is it the oldest toy museum in the UK, but the museum boasts 4000 toys from all around the world.

If you’re like us and can’t even visualise what 4000 toys look like, then you should probably head down to one of the best toy museums in the world – Pollock’s Toy Museum.

The History of the Pollock’s Toy Museum

The museum started its life in 1956 in a little attic room at 44 Monmouth Street, close to Covent Garden. As the shop grew and became more and more popular, other rooms were taken over and the ground floor became a toyshop.

Each room was filled with unique cases of toys from the past: tin toys, teddy bears, dolls houses, puppets, optical toys and games from around the world. The creaky floors made it the perfect place to wander around and soak in the magic of old toys.

So, Where Did It All Begin?

At the heart of the museum was an extensive collection of toy theatres, courtesy of toy theatre printer and publisher John Kilby Green. In the first half of the 1800s, he made and sold toy theatres which were becoming incredibly popular at the time.

Children who liked the theatre and wanted to take home the action and perform the shows for their friends could have the option of getting the theatres printed from engraved metal plates.

When Green died in 1860, his printing plates were left to John Redington, his previous agent. Redington then printed and sold all of Green’s plays and theatres and this grew into a very successful business.

When Redington’s daughter, Eliza, married Benjamin Pollock – the business was passed on to him. And so it began.

The Impact of World War II

Pollock and Eliza traded for over 60 years, right until his death in 1937. By then the shop was in Hoxton. Pollock’s daughters carried on the business for a few more years as World War II began.

Luckily, she sold up and moved all the toys out of the shop. It was clearly meant to be and she acted with impeccable timing as very quickly after she moved the toys, a V2 rocket destroyed the entire building.

The toys luckily remained safe, being looked after by Alan Keen and George Spates who set up a shop in Covent Garden near the Adelphi Theatre. But sadly it couldn’t go on for much longer and the shop started doing badly, leading to having to go into receivership.

That’s Where Marguerite Fawdry Comes In…

But that still wasn’t the end of the toy theatre trade. At the time, the wonderful Marguerite Fawdry was looking around to buy some more wire slides for her son’s toy theatre. However, she was told she couldn’t buy just one flower and had to buy the entire collection.

And guess what? That’s exactly what she did.

In 1955, she set up a shop and Museum at 44 Monmouth Street in Covent Garden.

As you can imagine, the museum was a huge success and drew in a lot of supporters. It was at the forefront of revival in Victoriana and kept growing and growing and by 1969 it moved to its final destination – Fitzrovia.

A few years after the move, the museum acquired the next door building at 41 Whitfield Street. This was a huge game changer for the museum as it allowed it to expand its huge collection even further.

Marguerite Fawdry died in 1955 but the London toy museum survived and is run by her descendents, a team of dedicated staff and volunteers and the Pollock’s Education Trust. 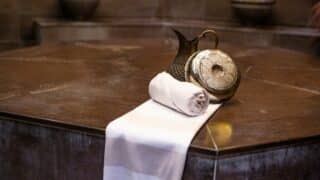 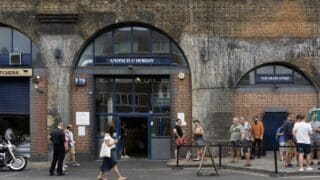