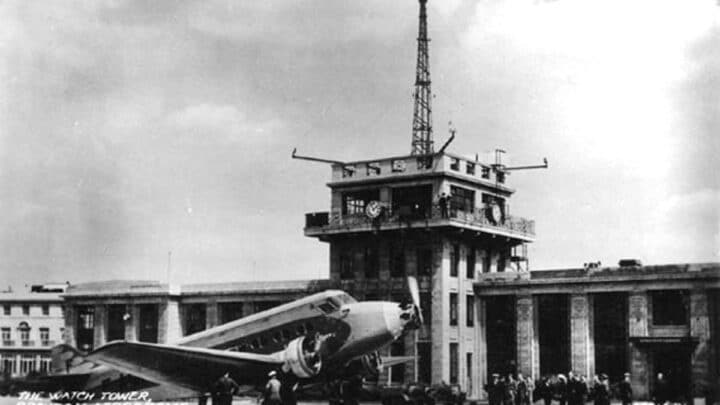 An airport? In Croydon? No, we’re not pulling your leg. And it wasn’t just any old airport either: Croydon Airport is famed for inventing Air Traffic Control and was once upon a time, Britain’s gateway to the rest of the world.

Prepare for take off as we navigate some of its history.

The Dawn of International Flight

The rich history of Croydon Aerodrome begins in 1915. The site became part of the Royal Flying Corps Home Defence in response to Zeppelin bombing raids on London and Croydon.

Hurrah! Come 25th August 1919 and the civil aviation ban was lifted. The world looked on agog as the first ever scheduled international passenger flight went from Hounslow Heath aerodrome to Paris Le Bourget.

But with limited facilities at Hounslow Heath, it was closed by December of that year and operations moved to Croydon by March 1920. This would be the UK’s primary airport for the next two decades.

Travel by air was rather different back then.

When they first began scheduling international air services between London and Paris, pilots relied on a map and a compass to ascertain their location – cross checked with landmarks, rivers, railways and roads.

Throw some bad weather conditions into the mix and well, you won’t see us getting on that plane in a hurry…

London Croydon Airport was owned and operated by the Air Ministry (a government department) and they employed a team of personnel on the ground to assist pilots in navigating airfields.

As leading innovators of radio-telephony during the First World War, this facilitated the development of Air Traffic Control.

Radio Officers not only passed on essential information (i.e. whatever the code is for “extremely bad weather heading your way”) to aircrafts fitted with radios.

The clever folk at Croydon invented something called Wireless Position Fixing. In short, it enabled them to triangulate an aircraft’s position based on radio transmission received from at least two stations on the ground, preventing collisions.

The first air traffic control building – a timber 15ft ‘Aerodrome Control Tower’ was commissioned by the Air Ministry for Croydon Aerodrome in 1920. A 15ft tower with large windows and a wind vane on top. From here, Croydon had control of all air stations in the UK.

Britain’s first national airline was Imperial Airways (forerunners to British Airways) and in 1924 Croydon Aerodrome became its operating base. Privately owned but government sponsored, the airline’s network of international routes across the globe would grow year on year.

On Christmas Eve in 1924 however, a Paris-bound flight – Imperial Airways de Havilland DH.34 – crashed into a South Croydon garden, a few minutes after take off, tragically killing all eight people on board. This was the UK’s first major civil aviation accident.

After the accident, a public inquiry led to the 1925 Croydon Aerodrome Extension Act. And so between 1925-28 the airport was expanded.

The terminal was relocated and radically rebuilt, the design for which would set a precedent as the first integrated airport terminal.

It had a Booking Hall with six check-in desks, a Departures and Arrivals Indicator, and all the facilities for getting passengers and goods through the airport that we’re so familiar with today (minus the duty free Toblerones, of course).

A first class restaurant and a rooftop viewing gallery attracted thousands of visitors wanting to experience the thrill of aeroplanes whizzing past.

The airport size also increased tenfold to cover 330 acres. When it officially opened in 1928, it was the world’s biggest airport.

100ml liquids in clear plastic bags may not have been a prerequisite in those days, but airport security was still pretty tight. Before entering the Departure Gate, you’d be assessed by Customs Officers in the Customs Hall before progressing through to the Examination Hall where you’d be checked by the Criminal Investigation Department, Immigration Officer and Medical Officer.

The new state of the art four-storey square air traffic control tower was Croydon’s pride and joy. Neoclassical in design and 50ft tall – at that time, it was the largest control tower in the world.

The Golden Years of Croydon Airport

Throughout the 1930s, Croydon Aerodrome had a world class reputation and was involved in many high profile record breaking flights. Between 1931 and 1935, the number of passengers flying to the continent from Croydon jumped from 44,944 to 120,390 a year.

In 1934, Imperial Airways established the world’s longest air route from London Croydon to Brisbane, Australia. Some of the air routes developed from here around this time are still used today.

World War II and Beyond

Of course when World War II hit in 1939, things weren’t quite so rosy. Imperial Airlines moved its fleet to Bristol Airport as Croydon became a fighter airfield during the Battle of Britain. Renamed RAF Croydon, it transported thousands of troops in and out of Europe.

In 1940, the airport was attacked in the first major air raid on the London area, killing six airfield personnel. The armoury, terminal building and a hangar were all badly damaged. Another hangar containing forty training aircraft went up in flames.

After the war, civil aviation did return to the airport in 1946, but with the urban spread and growth of villages surrounding Croydon, the airport couldn’t expand enough to accommodate the larger post-war airliners and so international travel was moved to Heathrow.

Although Croydon Airport operated as a regional airport, newer airports around London were able to offer better facilities. This led to Croydon’s official closure in 1959 after 44 years.

One of the most celebrated aviators was Bert Hinkler – the first person to fly solo from England to Australia. He flew from Croydon to Darwin Australia in 1928, reducing the England-Australia record from 28 days to just under 15½ days.

Amy Johnson was a pioneering female pilot who also held many a world record. On the 5th May 1930 she took off from Croydon for her record-breaking flight to Darwin, where she arrived 19.5 days later. This was the first female solo from England to Australia. Check out her de Havilland Gypsy Moth aeroplane named ‘Jason’ in London’s Science Museum.

Passengers Had to be Weighed Before Boarding

If you thought Easyjet was a faff, any passengers checking into the Booking Hall at Croydon would have to be weighed, along with their luggage. This was to ensure the aircraft was loaded correctly and remained balanced.

Yep, that well known distress call was invented right here at Croydon Airport. The switch from morse code to speech transmission called for a language that could be understood clearly over radio (which back then had some pretty dodgy reception).

A gentleman named F.S. Mockford, Croydon’s Senior Radio Officer, came up with an alternative to SOS in 1923. ‘Mayday’ is rumoured to be inspired by the French ‘m’aidez’ meaning ‘help me’. By 1927, Mayday was the international distress phrase.

If you’re wondering where on earth this airport was, most of the site has now been built over. A remnant of the runway (approximately 120m long) can however be found in Roundshaw Park.

One structure that still stands though is Croydon Airport’s famous terminal building along with its Air Traffic Control Tower. The Grade II* listed building became the Croydon Airport Visitor Centre in 2000.

15mins walk from Waddon station and you can see the volunteer-led micro museum for yourself. It’s packed with interactive displays and exhibits that trace the glorious history of Croydon airport. If you’ve an interest in Croydon’s local history, it’s an absolute must see. Over and out. 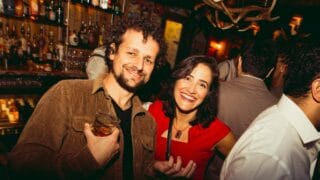 Previous
Single in London? You Need to Know About These Events 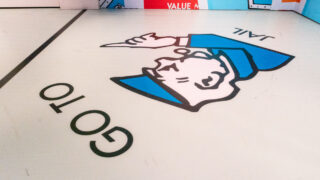 Next
Monopoly Lifesized: Immersive Monopoly Lands On Tottenham Court Road (And It’s All Kinds of Brilliant)