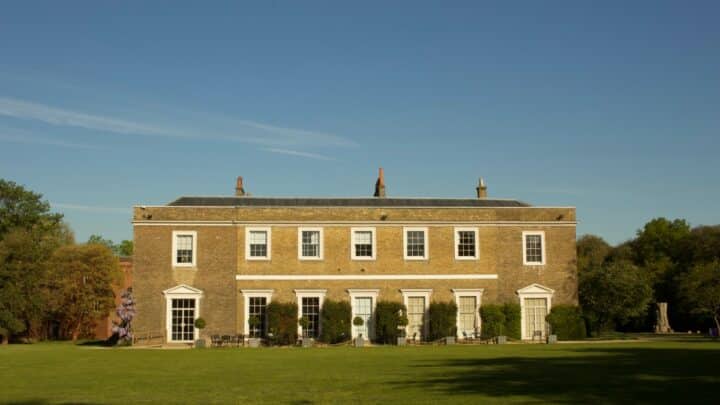 Looking to explore Fulham Palace? This quirky London spot is steeped in thousands of years of history. Here’s what you need to know before you visit.

Did you know that the Bishops of London once occupied a palace in London for over 1,300 years? We didn’t either, to be quite honest.

Fulham Palace is an important part of London’s history, and its grounds showcase how its many occupants made an impact – from the Tudor walls to edible plants in the gardens.

Whether you’re into your history or not, Fulham Palace’s architecture is something to be marvelled over. The red brick tudor courtyard and great hall are the oldest parts of the surviving building and bare an insight into the fashion of design many centuries ago.

Its botanic garden is the second oldest in the country, and it too holds a lot of history as well as interesting plants that we’re sure you won’t have seen before.

The History of Fulham Palace

A palace fit for the Bishops– it was their home for over 1,300 years. Fulham Palace has been a home for the Bishops of London since 700 AD, if walls could talk we’re sure they’d have a lot of tea to spill.

It was in the mid-13th Century that the original manor house was abandoned and the foundations for the current house began. Fulham House has changed over time, largely due to different Bishops carrying out building works from remodelling the lavish great hall to demolishing the Tudor state wing.

But all of this remodelling has created an eclectic mix of architecture and fashions to suit the ever changing needs of the Bishops and their families over the years.

What Did The Bishops of London Use The Palace For?

The palace was used as a luxurious summer retreat. It was a place of solitude for the Bishops to escape the dirty city. The palace was also used as an entertainment venue for important visitors– sometimes including Royalty.

Lavish banquets were hosted at Fulham Palace, and even Queen Elizabeth I was guest of honour at a banquet in 1601.

The Palace’s Other Uses

How the palace was used, just like its architecture, underwent some evolution of its own.

After the English Reformation in the 16th Century, clergy (A.K.A the Bishops) were allowed to marry, and they made good use of the palace during this time period – it became a family home.

In the 19th Century, the Bishops and their wives shared the house and garden with the wider community and wined and dined guests hosting large parties and church pageants.

It wasn’t until the World Wars that the house was used for anyone other than specifically the Bishops– it had now become a refuge.

In 1918, it was a hospital for wounded soldiers and, during the Blitz in 1940, two hundred people stayed at the house for several nights after their homes were tragically destroyed by bombs.

When Was Fulham Palace Open To The Public?

Up until as recently as 1973, the house was still occupied by the final Bishop to ever live there.

After Bishop Stopford left, The London Borough of Hammersmith and Fulham ran the site until April 2011, when the independent charity Fulham Palace Trust was formed and took over the management of the estate.

What Can I Do at Fulham Palace?

There’s plenty to do at Fulham Palace. Your visit should include exploring the museum and historic rooms which uncovers Fulham Palace’s history. You can also take a guided tour and trail.

Fulham Palace events are also not to be missed– there’s always a full calendar here. From history and garden tours to a young archeologists club for the little ones.

Jazz events are held on the lawn if you fancy an evening of live music. We certainly do.

The Gardens at Fulham Palace

Fulham Palace garden is stunning and its beauty will stop you in your tracks. We promise we aren’t being dramatic – this beautiful botanic garden at Fulham Palace spans 13 glorious acres featuring plantings, rare trees and a walled garden.

The gardens at Fulham Palace, just like the house, have changed over the centuries. Its history mirrors the wealth, power, and interests of the Bishops who once lived there.

Over the centuries parts of the garden were sold or donated for public use, and this included the land for Bishop’s Park. Eventually the estate was reduced to the 14 acres that you can visit today.

The garden was also a source for food, a place for leisure and a refuge from the city. The interest in the garden varied from Bishop to Bishop – some had a grave deal of interest and spent a lot of money in its development, whilst others were not interested.

Who Landscaped The Gardens at Fulham Palace?

When Bishop Compton arrived at the Palace in the late 17th Century, he was an avid botanist.

He was responsible for the Church of England throughout the British Colonies- and he used this wealth to landscape the garden, filling it with exoctic plants from around the world.

Bishop Compton, who lived at the palace after Compton had an interest in edible plants- and sold much of Compton’s collection.

The layout of the garden now is largely influenced by Bishop Terrick. He re-landscaped the garden in the late 18th-century to take advantage of the river views and created the current walled garden with an earlier Tudor wall.

In 1974, it was opened to the public.  The London Borough of Hammersmith and Fulham maintained the site until 2011, when Fulham Palace Trust was created and began restoring this important garden. 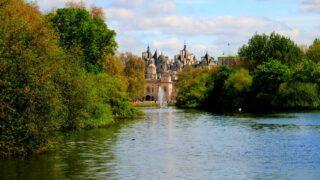 Previous
29 Gorgeous Parks in London You Need to Explore 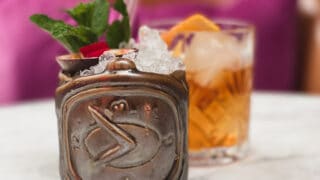 Next
Best Bars in Soho: Cool + Quirky Soho Bars for Cocktails, Wine and Cheeky Nights Out