Posted on Last updated: 2nd September 2022 Categories Things to do

18 Wonderful Things to do London in September 2022 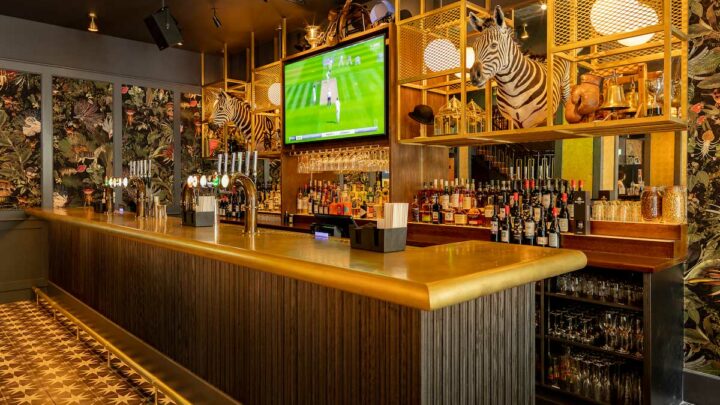 We don’t know about you, but we can’t quite believe how fast this year is going. September sees the tail end of festival season (though, it’s safe to say that the very best has been saved for last) and a whole host of exciting exhibitions taking place in the capital.

From Art Deco train rides to photography competitions, ready to discover what’s on in London in September?

Things to do in London in September

The experience involves a Guardians of the Galaxy Vol. 2 screening and an immersive experience where fans will come face to face with their favourite Guardians, take part in epic dance battles, and help the heroes save the galaxy.

Get Involved in the Cyborg-Themed Late at Tate Britain

Ready for a heavy dose of culture after dark? Tate Britain is hosting a brand new Late event dedicated to Shawanda Corbett’s incredible new exhibition at the gallery, Art Now: Let the Sunshine In.

Exploring all things cyborgs, Artificial Intelligence, and human connection, the exhibition consists of a short film accompanied by a jazz score that sits alongside a collection of ceramics.

The short film, Cyborg Theory: The Adequacy of Tenderness to Our Antipathy, explores ideas like the Cyborg Theory itself, as well as the ethics of AI.

Relax at Pub in the Park

A post shared by Pub in the Park (@pubinthepark)

Michelin-starred Tom Kerridge’s Pub in the Park series of events have already been a huge hit this year in London, but September sees the next event taking place in Chiswick, Expect delicious food, great music, and, of course, brilliant pints.

Ready for one of the best London shows in September? Expect music from Craig David, Toploader, and Beverly Knight (a very random line-up, but we’re here for it), while Rick Stein, Tapas Brindisa, and Cafe Murano will be cooking up a storm.

Choo choo! The Metropolitan line is bringing back heritage train journeys for the first time in three years. So you can live your wildest Great Gatsby dreams as you hop on a 1938 Art Deco vintage train.

Thanks to the London Transport Museum, this experience is returning to the capital for one weekend only and you do not want to miss out.

You’ll speed through the London underground system on a prohibition-era train – tickets are available from Amersham to Watford or Harrow-on-the-Hill.

Chill Out at Soultown Festival

Looking for the best concerts in London in September? Soultown Festival is one of the most highly-anticipated festivals of the year and will be bringing some smooth sounds to the outskirts of the capital.

Trust us when we say that the line-up is stellar – we’re talking Soul II Soul, Heather Small, and Gabrielle. Did anyone say throwback?

Get Ink-Spired at the Big London Tattoo Show

Whether you’re yet to be inked or are looking to get your next tat, the Big London Tattoo Show brings together more than 360 world-class artists, plus rides, sideshows, and more entertainment thrown in for good measure.

Chat with your favourite artists, watch live demonstrations, or step up to the plate and get your next tat… This is an unmissable London September event for tattoo-lovers everywhere.

Fancy supporting local artists and picking yourself up something new? Duh. Visiting MUJI’s Community Market is one of the best things to do in London this September 2022. MUJI has invited local suppliers and artists to sell their products for free, with 100% of the sales going towards each business.

Head to the MUJI Islington store for a range of interesting and unique small businesses selling fresh veggies, Japanese goodies, arts and crafts, fashion, and plenty more. The MUJI team will also hold traditional Origami sessions throughout the day.

The best part? The event is free of charge and no booking is required.

Fancy having a nose around some of the coolest homes in London? Don’t miss Open House London.

Open House will allow the public to explore London’s hidden treasures –  including places that are usually closed. Taking place this year is Walter’s Way in Lewisham, the Rio Cinema in Dalston, and the Brunel Building, among plenty of other spots in the capital.

As well as this, expect talks, workshops, and walks throughout London.

It’s a great time to be a ferroequinologist – that’s a railfan, FYI – as London in September is bursting with cool locomotive events.

The event promises an evening of nostalgic fun and fascinating talks, as well as a pop quiz and Elizabeth Line-themed cocktails. Cheers!

Listen to Your Faves at London Podcast Festival

With a line-up spanning big names and niche brands in the world of podcasting, is it any wonder we’re so excited for the London Podcast Festival?

The Guilty Feminist, Empire Film Podcast, and Adam Buxton are just some of the big names filming their episodes live in front of a audience. Plus there’ll be street food and other exciting events to get involved with during the week.

Say goodbye to sticky floors and peeling furniture, Goldwood Sports Bar & Kitchen is a brand new (and gorgeous, if we may add) sports bar in Bank, and it’s the perfect place to cosy up and watch a game or two in the colder months.

Craft beers and cocktails, a menu filled with pizza, and exhilarating games on the big screen… What’s not to love?

Check Out Astronomy Photographer of the Year

It’s that time of the year again! September sees the National Maritime Museum play host to the Astronomy Photographer of the Year exhibition. This annual competition features the world’s greatest space photography, and attracts photographers globally. But who will win the prestigious title this year?

We’re not sure, but you bet we’ll be there checking out the epic photos. In fact, more than 100 images will be showcased, displayed on illuminating lightbox displays. Don’t miss out.

Celebrate at the Totally Thames Festival

Celebrate London’s waterways at the Totally Thames, a month-long festival dedicated to the capital’s famous river. The programme is jam-packed with brilliant events, from riverside concerts to outdoor movies and late-night cruises down the Thames.

We’re SO excited for the talk hosted by some of the top photographers in the capital – they’ll be chatting about the secret islands on the Thames. This is one of the top September events in London.

One of the biggest annual events in September in London is the capital’s festival dedicated to design – and this year, London Design Festival is celebrating 20 years.

An abundance of special events, exhibitions, and open houses will take place across the entirety of the capital, spanning innovative creations to classic architecture. There will also be plenty of workshops taking place by the likes of OKA and the Global Design Forum.

Whether you’re a creative, or you simply want to brush up on your design knowledge (and skills), this fabulous event is always a highlight on the London calendar.

Get Involved with Operation Back Door

1940s Britain awaits you in the Churchill War Rooms this September in London. Prepare for an immersive theatrical experience where you get to become part of a secret government organisation during World War II.

In the run up to the event, you’ll be given a storyline and character that you must play, and you’ll then be tasked with solving personal missions during your visit. You’ll also get to snoop around top-secret corridors that were used during the war, right from where Churchill ran the country.

Ride the Korean Wave at the V&A

From Gangnam Style to BTS, Hallyu! The Korean Wave exhibition at The V&A will explore the impact that South Korean art and culture has had on the rest of the world in recent years.

A collection of videos, memorabilia, and written pieces will take a deep dive into the likes of K-Beauty, K-Pop, fashion, and K-Dramas.

Looking to level up this September in London? You don’t want to miss the Coppa Club’s Personal Growth Event Series, starting on the 15th.

Hosted at Coppa Between Bridges in Putney, each session will cover important issues such as how to nourish your mind and body, kickstarting a career, and mental health.

The first event will be run by Melissa Helmsley, who will be revealing how to live well and nourish your mind, body, and soul. Attendees will also receive a signed copy of her new book.

Chat With Your Favourite Authors at Capital Crime Festival

Love all things crime? You do not want to miss the thrilling Capital Crime Festival taking place in Battersea Park this September.

This festival is one of the biggest celebrations of all things crime and thriller, and the line-up includes some of the best crime writers and film directors from around the globe. Writer duo Ellery Lloyd, Kate Mosse, Louise Candlish, and S A Cosby are among the stellar creatives hosting talks and workshops across the weekend.

If you’ve never tried Australasian cuisine, allow your mind to be blown this month in London, as Milk Beach opens up a huge Soho restaurant. This Australian restaurant and bar blends classic Aussie dishes with Asian flavours – and the result is an explosion of unique flavour.

As the name suggests, Milk Beach brings totally relaxed vibes with the pared-back dining space, complete with light wood furnishings and eccentric prints adorning the walls. And, if the Queen Park menu is anything to go by, expect a bangin’ brunch menu and well-priced cocktails.

London in September: Read Next 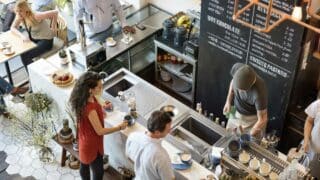 Next
9 Brilliant Stoke Newington Cafes You Need to Visit