New Restaurants in London to Visit This Month 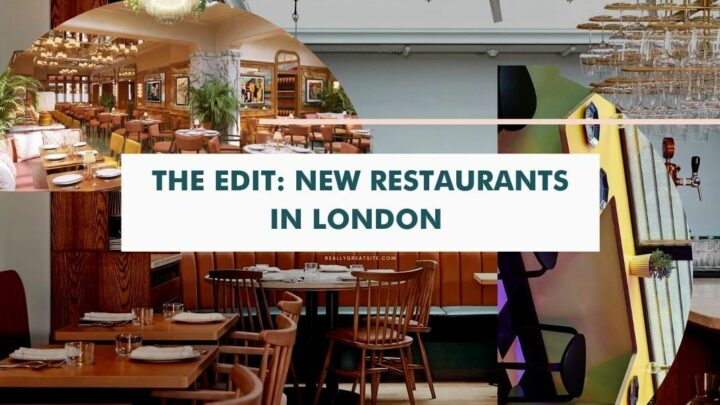 Looking to try out the best new restaurants London has to offer this month? We’ve rounded up the top eats in the capital right now.

It’s safe to say that London has had a flurry of new restaurant openings over the last year, much to the delight of foodies everywhere.

But we’ve all been in that disappointing situation when you finally visit a new spot, only to find it has been overhyped and it’s all style and no substance – so which spots are worth spending your hard-earned cash on?

Don’t fret – we’ve got you covered with this guide to great new restaurants in the capital.

Pssst… keep reading until the end for a couple of restaurants to keep on your radar for when they open in 2022.

Price Guide (based on a main):

New Restaurants in London You Have to Visit

Ultra-cool new restaurant The Residency brings a touch of British flair to Notting Hill, with a menu filled with elevated classics.

Top picks from the menu include the irresistable chargrilled chicken thighs topped with a sweet bell pepper and onion jus, pan-seared seabream with truffle butter, and The Residency’s bone marrow beef burger – though, anything from the small-but-perfectly-formed menu promises to be tasty.

Save room for the creamy banoffee pie – it’s vegan, though you won’t be able to tell.

Amethyst is a stunning new restaurant that has opened in London this month. With a 12-course tasting menu (served on a beautiful amethyst table, no less) taking diners on a journey for the senses, inspirations have been drawn from Nordic and Japanese cuisine with nods to French and Arabic food.

The menu changes regularly, but expect the likes of scallops and wasabi caviar tartelette and caramel miso black cod and naganegi dashi to make an appearance.

It’s safe to say that Head Chef Carlo is a master of his craft – after all, he entered his first professional kitchen at 13 years old. Since then he has spent many years living in the likes of Japan, France, and Sweden, honing his skills even further.

Laurel’s On the Roof

A post shared by Laurel’s On The Roof (@laurels.ontheroof)

On top of the Shoreditch Mondrian Hotel, Laurel’s is the coolest new London restaurant that has taken inspiration from 1970s LA.

As expected from an east coast joint, Californian classics are on the menu – think Malibu shrimp cocktail, Jersey oysters, and cobb salad. Drinks-wise, expect garish glassware and an array of vintage-inspired cocktails.

Thanks to the likes of Caravan, the capital seems to be loving revolving chef menus right now – and Revolve is equally as brilliant. In fact, we think it’s one of the very best new restaurant openings London has seen in recent years.

A roster of guest chefs will be delighting diners with dishes that focus on simple British  brasserie classics, set inside a dreamy NYC-inspired dining space. Though, you can head there any time to enjoy the likes of south coast lobster and Scottish angus steak with a bone marrow sauce.

The team behind the likes of Flat Iron Square and Tap & Bottle has opened Audrey’s – a brand new all-day cafe bar in South London.

Featuring a cosy indoor space, as well as plenty of outdoor seating, Audrey’s serves up a delicious array of seasonal dishes throughout the day, as well as a hearty collection of sarnies and pastries to devour with a coffee.

Head there for brunch and order the tangy rhubarb porridge, or swing by mid-afternoon for a plate of pork chop schnitzel.

The Lanesborough Hotel’s brand new restaurant, The Lanesborough Grill, opened last month in London and has been delighting diners with a classically elegant menu ever since.

Head Chef Shay Cooper has a wonderful track record, with his work at the likes of The Bingham Hotel and The Goring resulting in Michelin Stars.

Many dishes are served tableside on Gueridon trolleys, with big winners including the likes of coronation crab salad, beef wellington, and a deliciously-tempting Yorkshire rhubarb trifle.

Richoux opened last month in London, bringing a touch of Parisian flair to central London. We’ve checked it our for ourselves and we come bearing brilliant news: It’s flippin’ lovely.

The decor at this spot (which is one of the coolest new restaurants London boasts, FYI) is classic and elegant, yet not too stuffy, with clashing patterns and dim lighting creating the ultimate chilled-out ambience.

More importantly, the food is truly delicious (and none of those measly portion sizes, either). Order the flat iron steak frites or the classic croque monsieur and you won’t be disappointed.

We’ve raved endlessly about the opening of Cicchetti in recent months. Partially because we’re huge fans of the OG Covent Garden location, but also because it’s one of the most beautiful restaurants in London in 2022, with it’s Venetian-themed interior complimenting the classic Italian menu.

Speaking of the menu, you have to try the slow cooked beef meatballs in tomato sauce and Strozzapreti pasta – washed down with a glass of Italian red, of course.

The restaurant also features a standalone bar and a private dining room – perfect for any big events that you might have coming up this year.

Acme Fire Cult have teamed up with 40FT Brewery to bring an exciting new restaurant to the capital – and we couldn’t be more excited.

Expect all the goodies from their pop up location (and a few extras), including their tasty flatbreads, mouthwatering meaty plates, and equally delicious fish dishes. You’ve also got a huge selection of craft beers and cocktails to wash it all down with – we love the black lager.

A spot that teams barbecued food with beer was always going to be a winner, wasn’t it?

Described perfectly as a ‘love letter to Portugal’, Lisboeta is the dreamiest new Mediterranean joint in London – and the menu is irresistible.

Featuring Petiscos, which are Portuguese-style small plates to share with friends, as well as Tachos and Travessas (or larger platters), the dishes are inspired by Lisbon, an often-forgotten haven of gastronomy.

Ochre at The National Gallery

Museum and gallery food isn’t exactly known to be delicious – but Charlotte and Sam Miller of Muriel’s Kitchen are looking to shake things up in The National Gallery with Ochre.

The new cafe, espresso bar, and restaurant has just opened, and has brought with it an innovative menu filled with British dishes – the saddleback pork and Westcombe cheddar croquette with wild nettle pesto, aged parmesan is just one example of the mouthwatering plates on offer.

They’ll also be launching afternoon tea from May, so keep your eyes peeled.

Chantelle Nicholsen, former owner of Tredwell’s in Covent Garden, author of a very successful cookbook, and a huge advocate for sustainability has recently opened her newest restaurant in Soho, Apricity.

Using hyper-seasonal and sustainable produce from small-scale farmers and locally foraged ingredients, the restaurant operates with a zero-waste approach – showcasing the best of British through tasting menus curated for Herbivores and Omnivores.

From the team who brought The Oystermen to the capital, Walter’s is one of the hottest new London restaurant openings in 2022.

Named after Walter Hathaway, the master milliner and costumier who previously occupied the site, the restaurant is styled like a neighbourhood eatery and is a chilled-out spot to eat some rather impressive fare.

London was grieving when Chef Julian Dennis announced that Chinese restaurant Mao Chow was to close.

Little did we know that there was nothing to fear – the spot was being reincarnated… and the innovative vegan joint Facing Heaven opened last month in Hackney.

Standouts include the Dan Dan noodles – a zingy concoction of wheat noodles, spicy sesame paste, cucumber, and mince – as well as the omnipork dumplings served in lashings of chilli oil.

Dear Grace is the latest addition from the team that brought us Pergola Paddington and, as expected, this new London restaurant and bar is equally as beautiful.

The focus here is on cocktails and small plates, but there are also enough options on the menu to constitute a full meal if you’re feeling extra hungry. Dear Grace’s pizza boards feed 3-4, though one bite of the Moroccan lamb version and you’ll be wishing you had it all to yourself.

These are the spots to keep on your radar this year…

New Italian bar and eatery Palazzo are opening their doors on the 19th May – and we’ve heard a sneaky rumour that they will be offering 30% off food for the opening weekend.

A chilled-out kitchen throughout the day and vibrant bar by night, this looks set to be one of the hottest restaurants in London. The food menu is filled with plenty of tempting brunch dishes – we’ll be trying the ricotta hotcakes, banana, and honeycomb – as well as a decent selection of Italian small plates and pizzas.

Another May London restaurant opening is Cavita, a Mexican joint from the wonderful Chef Adriana Cavita. This is her first solo venture, though she has previously worked at a handful of big names (including El Bulli and Aska).

Another spot rumoured to be opening in Spring is Roji, an intimate Japanese Omakase restaurant seating just ten people.

Sushi and Sake are said to make up the bulk of the menu, with a particular focus on exquisite pairings to tickle all of your tastebuds. Sign us up.

Summer 2022 looks set to be one of the best for foodie fans, as chef Claude Bosi and restaurateur Samyukta Nair team up to open up a French-Mediterranean bistro.

The menu and design of the restaurant are yet to be revealed, though it’s rumoured that the bistro will be designed to look like a sunny Côte d’Azur villa – in particular the Villa Santo Sospir, which was graced by the likes of Yves St Laurent and Picasso.

Yet another Mayfair opening promised towards summer is a brand new The Ivy. Expect all the vintage glamour that can be found at the brasserie’s other locations, alongside a hearty menu filled with tasty favourites.

This looks set to be one of the top brunch spots this summer.

Raffles looks set to be one of the most exciting openings in late 2022. Not only is this hotel going to be h-u-g-e, but it’s going to boast 11 brand new restaurants and bars that are said to reflect the global culinary scene.

In fact, Michelin-starred chef Mauro Colagreco is set to take charge of three of these dining spaces, with a brasserie, a fine-dining spot, and an exclusive chef’s table. 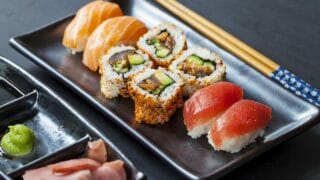 Previous
19 Brilliant Japanese Restaurants in London For Sushi, Rice And All Things Nice 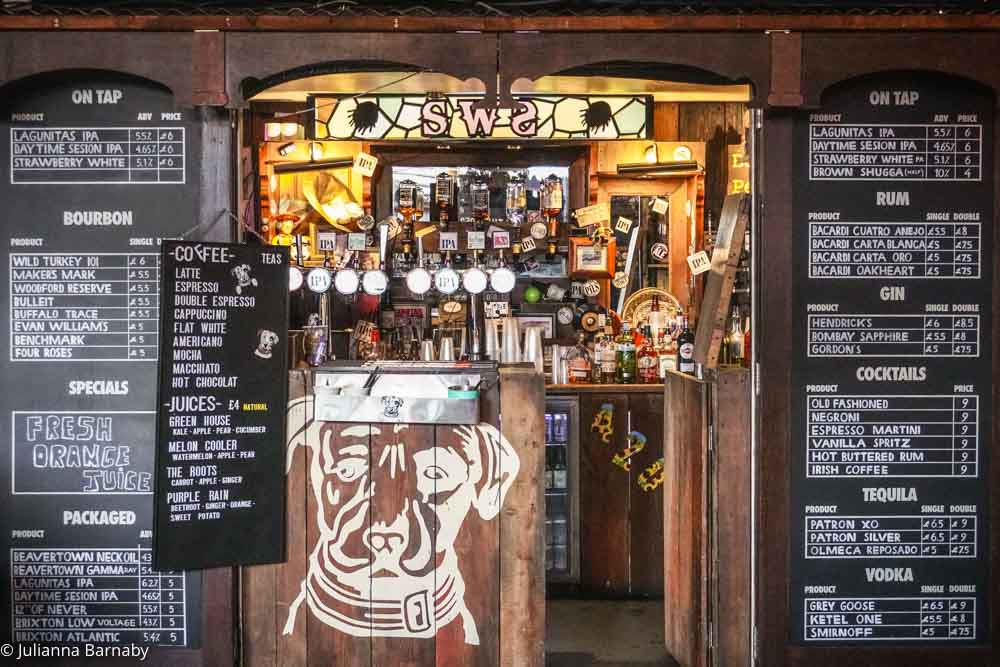 Next
Brixton Cafe Guide: The Best Coffee Shops in Brixton For Your Caffeine Fix