The Best 24 Hour and Late Night Restaurants in London 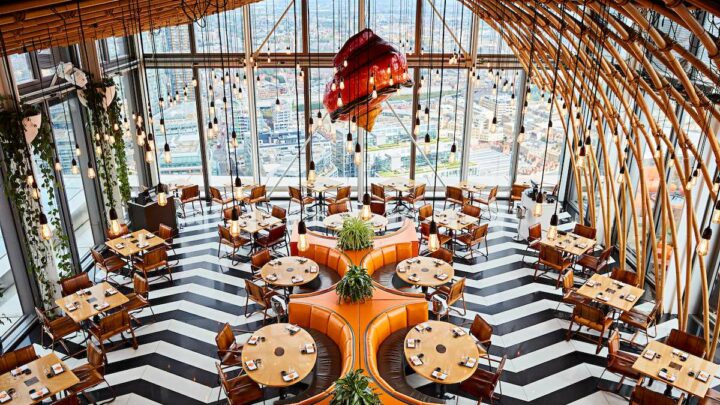 Looking to visit the top 24 hour and late-night restaurants London has to offer?

There’s nothing worse than when you’re out and hunger strikes when all the best spots have closed, forcing you to grab a cheap sandwich from an off-licence that tastes like disappointment and regret.

Luckily, London has plenty of brilliant places open ‘til late (many of which are 24 hours) and we know exactly where to find them.

Who knew that Brazillian-Peruvian-Japanese fusion food was a winning combo? Peeking out above Salesforce Tower, Sushisamba is one of our favourite spots in London when it comes to late-night eats.

The menu has got all bases covered: from crispy taquitos and Peruvian meat skewers prepared over a Japanese-style grill, to mouthwateringly tender wagyu and samba rolls.

Our top picks? The T bone steak with burnt hispi, chimichurri, and yuka fries are deliciously indulgent, while the yellowtail sashimi is fresh and tasty.

No guide to London late-night eats is complete without 24-hour restaurant Duck and Waffle.

Alongside stunning views of the capital, the highest 24-hour spot in London serves up a tantalising menu of treats, with an extra-special selection of dishes for those who dine between midnight and 5:30am.

When the evening has crept by all-too-quickly, there’s only one place to head for a late-night bite: Balans Soho Society. The modern European menu has plenty of variety to keep even the fussiest eaters happy.

If you’re looking for something flavourful, opt for the Kerala curry – a hearty concoction of chicken, shrimp, or vegetables with coconut, cashews, and jasmine rice.

Though, if it’s good old comfort food you want, the mushroom bourguignon is like a warm hug in a dish.

Open until 2am, Thursday – Saturday

Tucked away in Hackney, The Laughing Heart is a dreamy restaurant, wine bar, and buzzing venue by Charlie Mellor. It’s also one of the best late-night foodie spots in London.

Head Chef Adam Boon is responsible for the tantalising fare on offer – for dinner, the fixed-price menu comes in at a rather reasonable £49, serving up the likes of Sicilian Red Prawn Ravioli and Norfolk Quail Farcie.

Make sure to save some room for the Crème Caramel and La Vieille Prune for dessert.

When it comes to late-night food in Central London, nowhere hits the mark quite like Bob Bob Ricard.

Maybe it’s the Press for Champagne button, or maybe it’s the ultra-cool Russian Orient Express decor… either way, we flippin’ love it.

We’ve frequented this gorgeous spot more times than we can count, and eaten our way around the menu. The verdict? Everything is excellent, though the chateaubriand with truffle sauce is a (very expensive) delight.

It’s only right that a joint inspired by Bangkok is one of the best spots for late-night dining London offers.

With dishes on the menu ranging from a grilled mutton loin doused in peanut relish to a smoky barbecue chicken with smoked chilli jaew, Smoking Goat fuses Thai and British cuisine together perfectly.

If you’re after something extra-special, opt for the aged beef sirloin, smoked bone marrow, and galangal relish to share – it costs a pretty penny but it’s well worth it.

Sometimes the need for a filthy burger strikes… and sometimes that happens at 3am. Have no fear – MEATliquor is there to save the day.

As the name suggests, the menu is heavy and meaty; a perfect post-drink pick-me-up – even better, their meat is all Halal, so everyone can chow down on our favourite Clustercluck burger (fried chicken, cheese, chilli butter). Drool.

Surprisingly, MEATliquor’s vegan menu is equally as impressive – there’s a range of burgers for plant-based folk to chow down on.

Set in a beautiful 1930s building, Brasserie Zedel – an art-deco French restaurant serves up a toothsome menu until 11pm. And you’ll be forgiven for believing you’ve been transported straight to Paris.

Brasserie Zedel’s menu is surprisingly reasonable in price, with a fair few dishes costing less than £15 – though we recommend splashing out on the grilled flat-iron steak, drizzled in an irresistible red wine and bone marrow sauce.

Or, if you’re just after drinks and late-night snacks, the steak tartare and French Fries are both magnifique.

Head into the capital’s vibrant Chinatown and you’ll be overwhelmed with excellent Asian restaurants, though the early morning offerings of Opium cannot be beaten.

The Char Siu Bao (bbq pork in a fluffy bun) are some of the best we’ve tasted in London – order the complete platter and they’ll come accompanied by prawn and pork dumplings, including a couple of delicious soup parcels.

Open until 1am on Friday + Saturday, 12am rest of week

We adore how versatile Old Compton Brasserie is. Fancy oysters at midnight? Go for it. What about a naughty burger? Also possible. Whatever you fancy, Old Compton’s got you covered.

No matter how many times we visit, we cannot resist ordering the roasted pork belly with mustard mash – though, the pan-fried salmon is almost as enticing.

Whichever dish you decide to order, make sure you get the truffle mac and cheese on the side –  you can thank us later.

Open until 1am Friday + Saturday, 12am rest of week

If you’re after a midnight feast in South London, head straight to Three Eight Four.

This hip industrial joint serves small Mediterranean dishes until late into the evening, with the likes of fried potatoes, arancini, and pig’s cheek tacos making up our top picks on the menu.

Or, you know, head there just for their s’mores sharing board… we won’t judge.

El Camion’s tempting Mexican offering is the perfect post-drink pit stop in a vibey restaurant setting that looks like it’s been taken straight from the streets of Mexico and dropped into our capital.

Meaty tacos and burritos are very much on the menu, though the jackfruit tinga and guacamole burrito is enough to tempt even those who wouldn’t usually be caught dead with a plant-based offering.

Pssst… head down to the Pink Chihuahua (one of our favourite secret London bars) when you’ve finished scoffing upstairs.

No guide to late-night eats is complete without including the most famous 24-hour restaurant London has to offer. Launched originally on Fulham Road in 1995, VQ has sprawled itself out across London in recent years.

VQ is a no-nonsense diner boasting a menu packed with smashing all-day breakfast options, milkshakes, and so naughty they’re nice ice cream sundaes. We love the steak and eggs, with all the trimmings.

Tucked around the corner from Liverpool Street Station is Polo Bar: where metro tile seats merge into the walls and dinner is served 24 hours a day.

If you’re after classic British comfort food – even if the urge strikes at 4am – Polo Bar is on hand with a menu consisting of fish and chips, shepherd’s pie, and a selection of burgers. 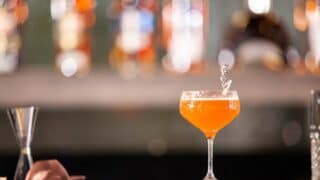 Previous
The 13 Best Bars in Greenwich for Chilled-Out Drinks 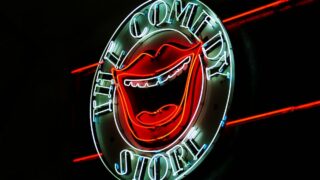 Next
The Best Comedy Clubs in London