Chinatown stands out – a vibrant and distinct part of London’s West End it’s beloved by locals and tourists alike. Planning a visit? Here’s what you need to know.

Chinatown stands in the centre of London’s West End, a distinct melange of paper lanterns, shops, restaurants and cafes, bounded by four gates that mark your passage into an area unlike any other in the city.

Unmissable Things to do in Chinatown

From its modest beginnings, Chinatown has grown to be one of the most vibrant and dynamic places in London. Don’t skip these cool things to do in Chinatown.

The four gates stand on the boundaries of Chinatown – ornate, imposing and impossible to miss – welcoming you to this frantic hub.
Designed in different styles, they’re all beautiful – the newest – the so-called fourth-gate is the most striking of them all. Located on Wardour Street, the gate was added in 2016.

Its design is a homage to the influential Chinese Qing dynasty, and it is really spectacular. It is intricately decorated with dramatic shades of blue and green, and it is also the largest Chinese gate in the United Kingdom.

The three other gates are also beautiful in their own rights, although perhaps not quite as grand. They can be found on Gerrard Street. Interestingly, although they look old, they were actually built in the 1980s.

Read More: Cool Things to do in Soho

Shopping at Chinatown in Soho is quite the experience – take it from me. You’re never exactly sure what you’ll come away with but that’s half of the fun.

Some of the most well-loved items for sale include ornate paper lanterns and authentic maneki-neko (that’s the cat with the waving paw, said to bring good luck and fortune).

It’s also the place to go if you’re looking for authentic and fragrant Asian spices and sauces to use in your at-home cooking.

You might not be able to cook up a storm like the chefs working away in the windows of Chinatown’s restaurants, but you can’t go that wrong if you start with the right ingredients (or so they say).

There’s never a bad time to visit Chinatown in London, but it is really an incredible spectacle during the annual Chinese New Year festivities.

The entire area erupts into an exuberant burst of colour and life. Costumes, food, music, dancing – you name it, you’ll find it in Chinatown during the Chinese New Year celebrations.

Chinese New Year is held according to the Chinese Lunar calendar, and so the date varies. It’s usually held in January/February, so it’s best to check the exact date in advance. Even if you have to move your travel plans around to fit it in, it’s well worth it to see the celebration!

It’s an amazing display of Chinese culture mixed with London vibes. Where else in London would you be able to watch a traditional dragon dance through the streets or a gorgeous Lantern Festival?

The Best Things to Eat and Drink in Chinatown

It’s simply criminal to leave Chinatown without trying some delicious food, from street food snacks to petite desserts. Here are some of the best things to eat in Chinatown, Soho.

Want to try something different? Chinatown is the perfect place to do a foodie tour! Find all the best hotspots as well as the hidden gems. This food tour of Chinatown and Soho celebrates the city’s diverse culinary flavours and helps you dig beneath the surface of one of London’s busiest spots.

Who knows what Bubble Tea is, apart from a taste sensation that’s taken the world – including Chinatown – by storm.

Traditionally, Bubble Tea is actually a Taiwanese drink made from tea and powdered milk, with flavoured jelly balls at the bottom. However, in Chinatown – and all of London – you can find many innovative twists!

I was a little bit dubious about it at first – but I’m British, so any kind of tea is always going to lure me in eventually.

There are a few bubble tea places dotted across the area, but I particularly love Cuppacha and their scrumptious Taro milk bubble tea with tapioca pearls.

The pearls take some getting used to, chewy and filling in a way that is pretty unusual but you should absolutely give it a go. Happy Lemon and Chatime are good bubble tea too.

If you like duck then you have to try the Four Seasons in Chinatown. In fact, even if you don’t like duck, you should see if this place changes your mind.

It’s been named the best roast duck in the world by Financial Times magazine – so it’s something pretty special.

While the recipe is distinctly Pan-Chinese, the ducks themselves are actually from Ireland. The best of both worlds combine to create a sublime dish with crispy skin yet melt-in-your-mouth tenderness underneath.

No wonder this is such a foodie hotspot in Chinatown, London – perfect for an evening feast on the town.

Cocktails at the Experimental Cocktail Club

Londoners love a good speakeasy, and The Experimental Cocktail Club is no exception.

Hidden behind an unmarked door on Gerrard Street, you climb the stairs to be transported to a three-floored warren – filled with some incredibly skilled mixologists… and people more than willing to pay homage to that talent by slurping up cocktail after cocktail.

The menu is adventurous and the cocktails are perfection. Highly recommended.

Read More: These Are the Soho Drinking Spots You Shouldn’t Miss

I love Sichuan food – not only is the region in China known for its spicy, powerful tastes, but also for making eating a real experience.

Take the hot pot for example. For the uninitiated, a hot pot sees a large bowl of boiling water placed on the table, with various ingredients that can be skewered and cooked in the water. It’s a meal best enjoyed as a group.

The hot pot at Baozi Inn is unique – while the classics vegetables and meats are available, you can also choose from more unusual choices like hot dog, kelp and pig intestine.

You can be as adventurous (or as unadventurous) as you like. The choice is yours.

Despite the names and decorations, Chinatown is actually distinctly multicultural. Inside, you’ll find many different styles of cuisine (with an emphasis on Asian restaurants).

One of my favourites is Rasa Sayang, serving Malaysian favourites with just a slight Singaporean twist.

Unlike many other London restaurants, Rasa Sayang hasn’t invested much into elaborate decor – it’s pretty basic and not where you’d take your fancy date.

Who cares, because Rasa Sayang is all about the food, which is utterly delicious. Classics like char kway teow and beef rendang are authentic and mouthwatering, with fragrant spices and herbs.

Best of all, it’s one of the most affordable places to eat in all of London. The tasty fried chicken wings here will set you back less than a single ticket on the Tube.

Okay, so waffles are delicious. But what is even more delicious than regular waffles? Ones filled with ice cream, of course (how did we not think of this, how).

Filled with little pockets of a sweet batter that includes egg, milk and sugar, the waffles themselves are quite the revelation on their own.

But it doesn’t stop there. Bubble Wrap  then load the waffles with ice cream and add in scrumptious toppings like your classic banana split, oreos or peanut butter. If it sounds like the recipe for a seriously tasty treat, it’s because it certainly is. Don’t miss it while you’re in Chinatown.

Some pastry chefs closely guard the secret to their delicious treats. Then there’s the Chinatown dessert parlour that’s secret is in its name – Yolkin. Yolk, in.

That’s right, owner and head chef Sammie Le swears the secrets to her utterly perfect macarons/ice cream sandwiches is that she uses up the egg yolks, which are usually discarded.

Specifically, she uses the yolks in to make delicious ice cream, which is then wedged between the traditional macaron shell. Yum.

As the bright neon sign proclaims: this is where ice cream dreams are made of, and I have to agree. Not only do her ‘yolk in’ macarons look amazing, but they taste utterly delicious too. Don’t miss it.

The History of Chinatown

The history of London’s Chinatown dates back a long way, but not always to its current location in Soho.

The first Chinatown was actually in the East End, and specifically Limehouse. This is where the first Chinese migrants to London arrived, and gradually began building businesses to cater for other migrants and sailors.

By the beginning of the 1900s, the area was teeming with restaurants, import stores and even opium dens (they were legal back then). Other migrants groups – primarily the Maltese – also left their mark, but it remained largely influenced by the Chinese.

While originally it was mainly frequented by migrants looking to be reminded of home, the popularity soon spread and business boomed – at least temporarily.

In the mid-1900s, however, shipping began to decline and World War II wreaked havoc on London and Chinatown. As a result, many of the businesses moved away. Eventually they found new digs in Soho, while new ventures also sprouted up.

It was during the 70s and 80s that Chinatown really started to take on the character that we now know and love. This is when features such as the colourful lanterns and stone lions arrived, giving it a distinct and vibrant look.

Where is Chinatown in London?

Charing Cross Road to the east, Leicester Square to the south and then Rupert Street to the west. Across the road from Soho – it’s a short hop to some of London’s biggest tourist attractions including Trafalgar Square, Covent Garden and Piccadilly Circus.

Like most of London’s famous sights, Chinatown is easily reached on the Underground. The closest Chinatown London tube stop is either Leicester Square or Piccadilly Circus – both of which are less than five minutes walk away.

Not sure if you’ve made it to the right place? Helpfully, if you’re worried about where Chinatown in London is, it’s pretty hard to miss. The beautiful ornate gates and colourful lanterns make it pretty obvious that you’ve found the place!

Click here for a map of Chinatown and the places featured in this article.

Looking for more Central London guides and tips? Check these out…

Most Popular on London x London 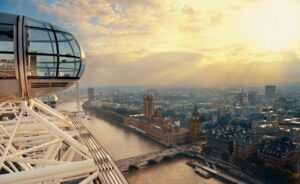 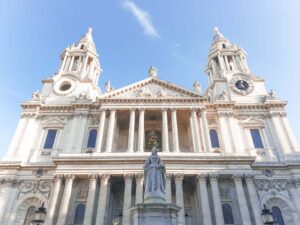 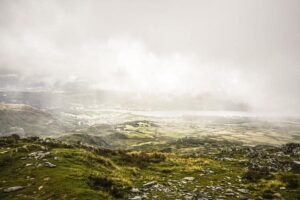 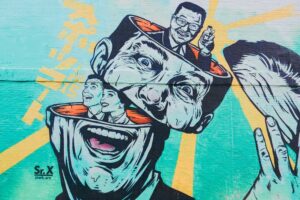 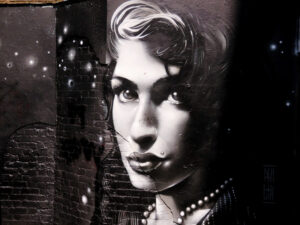