The Painted Hall, Greenwich – Discover the UK’s Answer to the Sistine Chapel 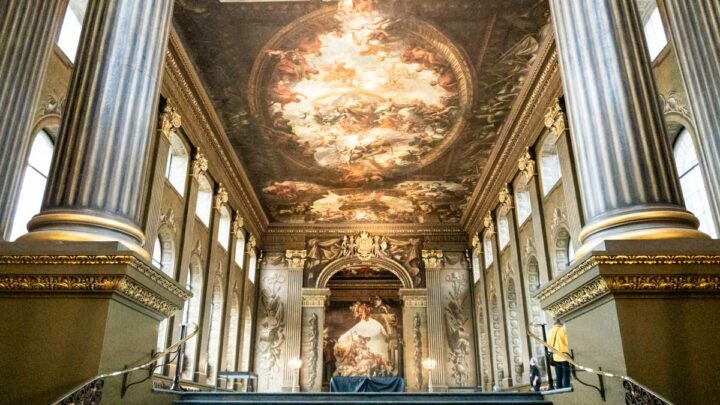 Discover the Painted Hall in Greenwich – London’s answer to the Sistine Chapel.

I don’t say this lightly… but Greenwich’s Painted Hall is one of the most beautiful places I have ever visited in London.

Situated on the southern banks of the River Thames, inside the Old Royal Naval College, this is a stunning Baroque hall with a spectacular ceiling covered in 4,000 square metres of painting. Yes, you heard me right, 4,000 square metres.

You’ll have, no doubt, seen this grand hall popping up all over Instagram lately… and for good reason. Not only is it one of the best things to do in Greenwich, but a must-see in London full stop.

Word of warning: prepare to take plenty of snaps of this 18th-century beauty during your visit – and don’t forget to read to the end for practical tips on how you can visit.

PS: Check out our video of Greenwich’s must-visit spots!

The Images of The Painted Hall

So, we’ve established that the hall is pretty spectacular, but what are the paintings all about? Let me enlighten you.

There are over 200 figures featured on the ceiling, each helping to tell the story of Britain’s political, cultural, and naval achievements. One of the most famous depictions in the artwork is of King William III, Queen Mary II and then King George I Protestant acquisition to the throne.

And if you were in any doubt, Thornhill was an incredible artist who used techniques like trick of the eye and chiaroscuro (use of light and dark paint to create a contrast) to bring the Greenwich painted ceiling to life.

He was deeply inspired by Italian baroque painting, which is why his work has such a Renaissance feel to it.

History of The Painted Hall in Greenwich

Easily one of Europe’s most beautiful (and famous) Baroque interiors, the Greenwich Painted Hall ceiling was the brainchild of artist Sir James Thornhill.

Famously likened to the Sistine Chapel, this huge project took over 19 years to create, until it was finally completed in 1726.

Thornhill was given the title Painter-in-ordinary by King George I in 1718, and The Painted Hall artist was eventually given a knighthood for his work when the ceiling was completed, as well as a payment of £6,685 for his efforts (not too shabby, considering this amounts to about half a million pounds in today’s money).

He was actually the first artist in the UK to be given a knighthood – pretty special if you ask me.

What Was the Painted Hall Originally?

The Painted Hall has had many weird and wonderful uses over the years. It was originally created to serve as an opulent dining room for old naval workers, although it quickly turned into a special function room for high-paying visitors.

Most famously, the hall actually hosted Lord Nelson’s body after he died in the Battle of Trafalgar until January 1806, where he was taken to St Paul’s Cathedral to his final resting place.

Of course, this was incredibly popular, and hordes of people visited in order to catch a glimpse of the hero’s coffin. When you visit, keep your eye out for a plaque on the floor that marks the exact spot where his coffin lay all those years ago.

From 1824, the Greenwich painted hall was transformed into the first National Gallery of Naval Art – the ceiling actually took the backseat, as over 300 paintings by artists including J.M.W Turner and Sir Joshua Reynolds were showcased in the hall.

Following this, the hall was then used as a dining area for Royal Navy trainees between 1937 and 1997, before being opened to the public thereafter.

Located in the charming Greenwich borough, you’ll find the Old Royal Naval College a five-minute walk from the Cutty Sark.

The Old Royal Naval College is the vast centrepiece to the many Greenwich maritime landmarks, complete with an equally-impressive chapel and brilliant cafe (serving up a cracking afternoon tea, I have to say).

Can’t make it to The Painted Hall in person? Don’t worry, you can actually take a virtual tour on the website. You’ll be able to uncover 360 views of the ceiling, as well as getting an up-close-and-personal view of the artwork’s details.

If you want to know more about the particular people featured in the artwork and Thornhill’s life, I really recommend taking a guided tour of The Painted Hall. You’ll get all the insider knowledge and be able to really impress your friends when you come back to visit.

If the weather is nice, do yourself a favour by packing a picnic and grabbing yourself a spot on the Old Royal Naval College grounds. It’ll be one of the prettiest picnics you’ve ever had.

My favourite way to get there is through the Greenwich Foot Tunnel – spend some time admiring the beauty of this under-the-Thames cut-through before experiencing The Painted Hall for yourself.

Or alternatively, the nearest stations to The Painted Hall is Greenwich railway station, or the Cutty Sark on the DLR line. Be sure to spend some time fully exploring the area, as there are some brilliant restaurants and cafes nearby.

The Greenwich Painted Hall opening times are 10am-5pm each day, although the grounds are open between 8am-11pm, so don’t feel like you need to rush your visit.

The Hall will be closing at 4pm on certain days throughout August – make sure to check the website before you visit.

General admission into the hall costs £12.50 (though, this gives you unlimited access for a whole year!). You can book your tickets in advance here. I highly recommend trying to visit on the first Sunday of each month, as tickets to visit The Painted Hall are just £5. 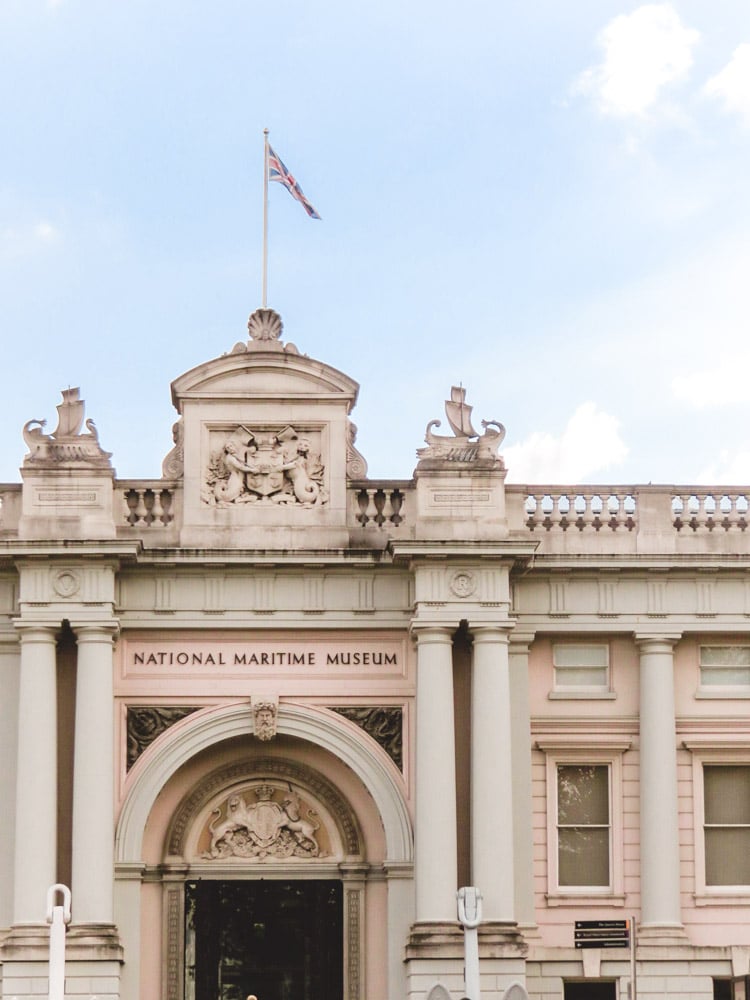 Things to do in Greenwich 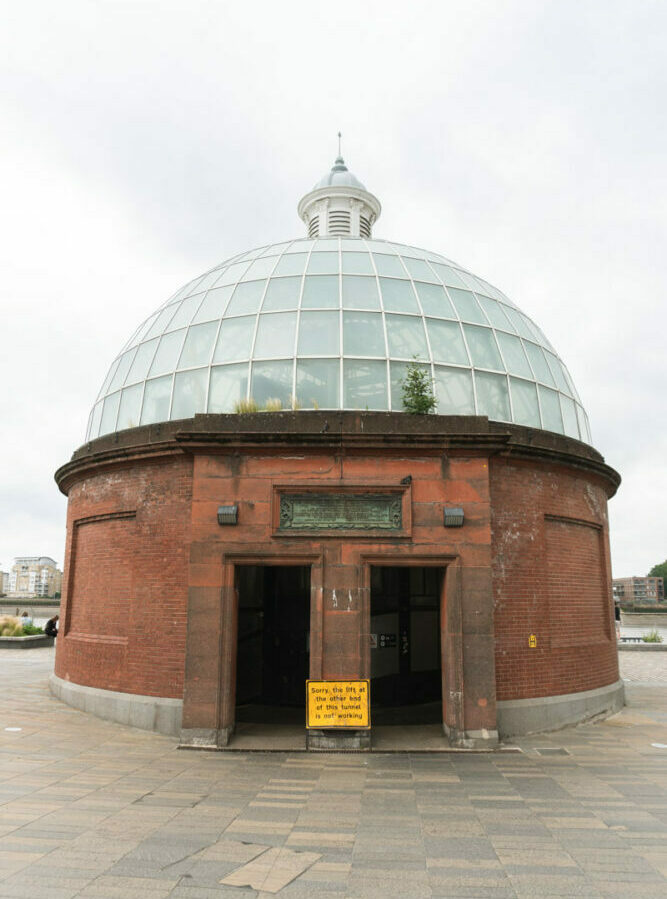 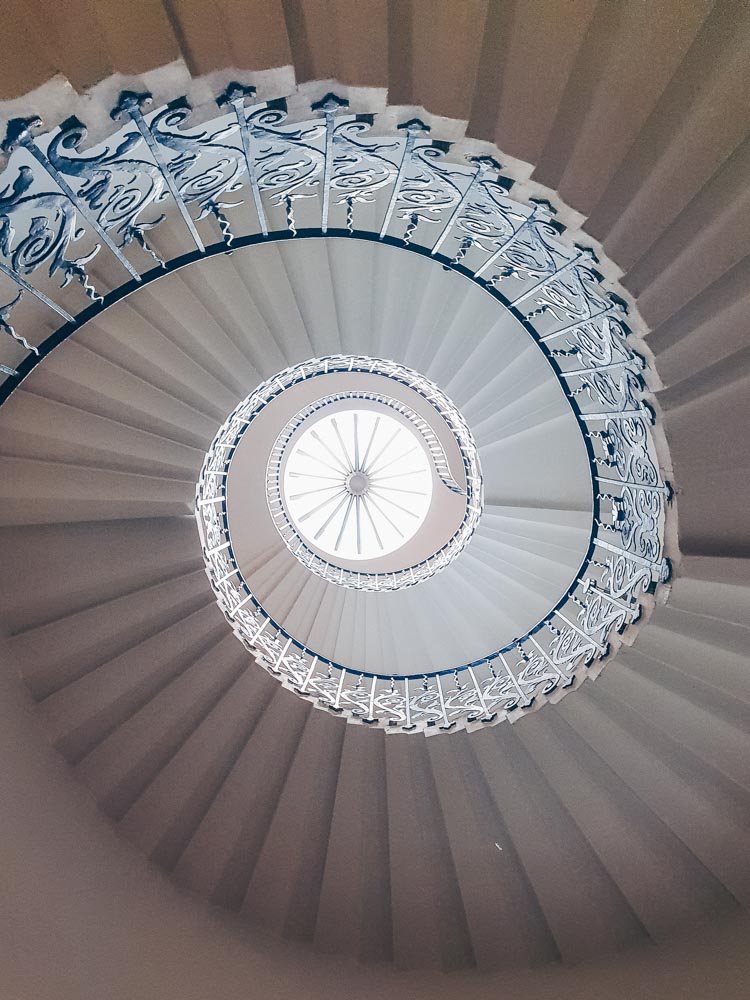 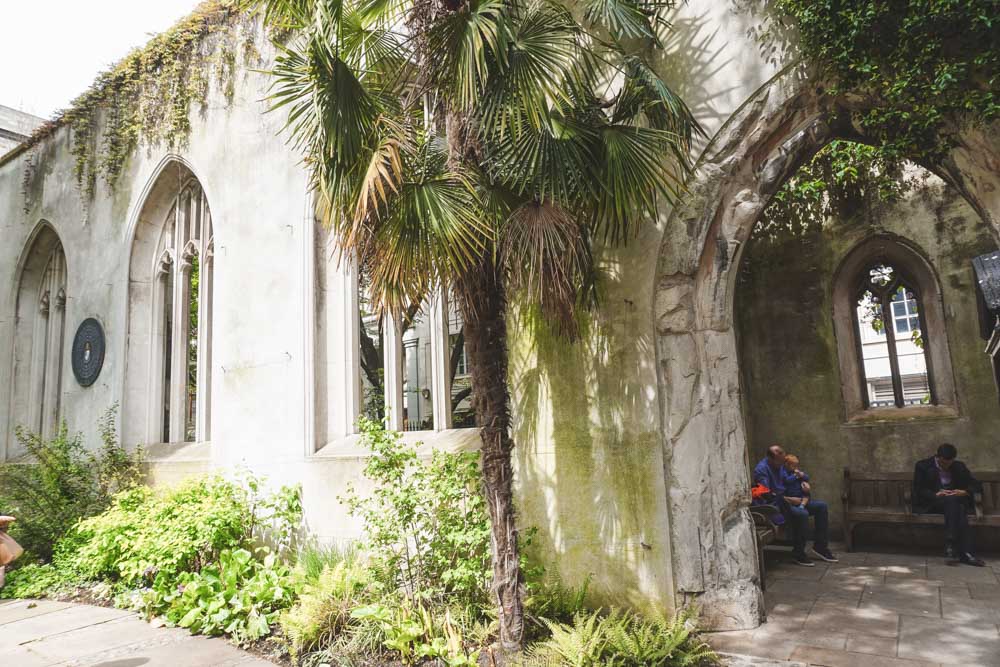 Previous
St Dunstan in the East: The Gorgeous London Park in an Abandoned Church 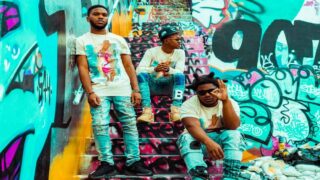 Next
Peng Tings: A Cheeky A-Z of Roadman Slang