Best Musicals in London: The Shows You Need to Watch 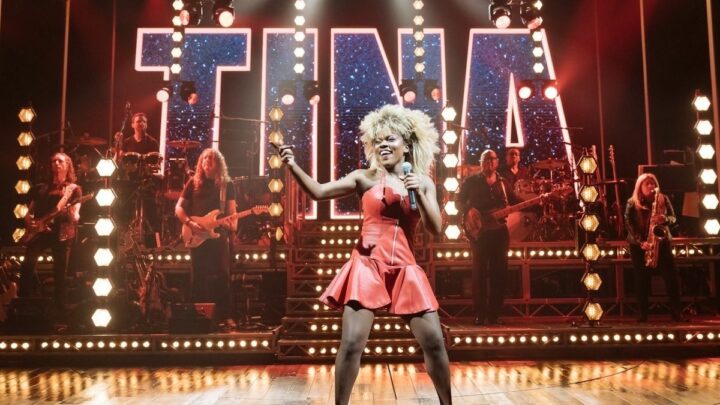 Looking for the best musicals in London to have on your radar this year?

Rightly so, catching a production in the capital earns itself a place on many tourists’ (and locals’) bucket lists… and right now the capital is filled with hundreds of Wicked productions well worth your hard-earned cash.

But which ones are the best? We’ve chosen the best musicals in London right now – the spectacular productions that are lighting up the city’s stages. From long-running biggies to newer additions that have gathered cult followings in recent years, these are the musicals you should get booking now.

Oh, and we’ve also shared some of our tips for nabbing tickets that won’t cost a month of Rent.

No guide to musicals in London is complete without the inclusion of Wicked. We all know the story of the Wizard of Oz, but Wicked offers an alternative take on the popular fairytale, reimagined from the point of view of the Wicked Witch of the West.

The musical follows green-skinned Elphaba and her saintly counterpart Glinda as they battle politics, love, and loss, and follows Elphaba on her turbulent journey to becoming the infamous witch in later years.

This is an iconic musical that has been a smash hit on both Broadway and the West End, and you can book your tickets here.

Not only is Les Miserables the longest-running musical in the West End, but it has taken residence at the Sondheim Theatre for many years; its large sign is the backdrop to an iconic London photo.

The musical is based on the novel of the same name by Victor Hugo and has an interwoven narrative, following Jean Valjean after his release from prison, as well as the lives of Marius, Cosette, Fantine, and Eponine as they navigate increasing tensions over the French Revolution.

We won’t spoil it, but the end scene with Do You Hear The People Sing? ringing out is pretty spectacular – bring tissues and prepare for an evening at the theatre like no other. Book your tickets here.

This revival of the 80s classic first burst onto the London musical theatre scene in 2010, it instantly gained a cult following.

Follow Veronica Sawyer, a student at the ultra-cliquey Westerberg High, as she works her way up the social ladder and becomes one of the Heathers, only to realise that her new handsome and brooding boyfriend J.D. has got a killer streak.

With a bangin’ soundtrack, edgy comedy, and gritty plotline, it’s no wonder that Heathers is so popular – book your tickets here.

Six is a killer reimagining of Tudor history, as told by the former wives of Henry VIII.

After a dose of feel-good girl power? The kick-ass soundtrack comes straight from the world’s hottest girl band, and the hilarious retelling of their tragic fates is as educational as it is entertaining.

Aragon, Boleyn, Seymour, Cleves, Howard, and Parr are backed by an all-female band (namely the Ladies in Waiting) and are ready to bring the sassiest musical numbers to your ears.

If you haven’t climbed aboard the Hamilton hype train yet, what are you waiting for? Lin Manuel Miranda’s Hamilton has exploded in popularity throughout the pandemic and, after having to cancel plenty of shows, the show has reopened on London’s West End.

Lin has revamped the story of the American Founding Father Alexander Hamilton, bringing together a cracking hip hop soundtrack and witty script to retell this story in the most engaging way possible.

Trust us, grab yourself a ticket and get yourself to The Room Where It Happens…

Back to the Future

We may have lost our minds a little bit when we first found out a Back to the Future musical was coming to London (see here for proof), and a year on it’s still one of the most popular productions to grace the West End.

We’re sure you know what to expect – Marty transports back in time to 1955 and unwittingly changes the course of history. With plenty of damage done, he’s left with the gargantuan task of fixing everything and getting himself back to the future, pronto.

Why should you book tickets to see this musical in London? Aside from the heavy dose of 80s nostalgia through the soundtrack and costumes, it’s a hilarious and refreshing take on the cult classic.

A post shared by The Lion King – UK (@thelionkinguk)

Long-running The Lion King has long been classed as one of the best musicals in London – the sheer level of artistry going into the costumes and choreography alone makes it well worthy of this accolade.

The Serengeti plains are completely recreated on stage, and the audience will follow Simba, Pride Rock heir, as he grows up fast and dodges his uncle Scar.

If you’re looking for a London musical that will leave you completely in awe, book tickets to The Lion King.

Get Up, Stand Up! The Bob Marley Musical

A post shared by Get Up, Stand Up! (@getupstandupldn)

When it comes to the new musicals in London, this Bob Marley offering is one of the best.

Get Up, Stand Up! tells the story of Bob Marley’s life, as well as highlighting the significant impact that this Jamaican superstar had on the people in his country and the rest of the world.

Expect a toe-tapping roster of Marley’s songs, as well a sneak peek into the rebel’s life. Book your tickets here.

Only Fools and Horses

A post shared by Only Fools And Horses Musical (@ofahmusical)

Join Del Boy, Rodney, and the rest of the gang for a corker of a musical in Only Fools and Horses.

Stage and TV legend Paul Whitehouse is responsible for writing (along with Jim Sullivan) and starring in the musical, which sees the iconic characters we all know and love take to the stage.

The production features hilarious scenes taken from the TV series, alongside new material that is transporting audiences back to 1989 where the lovable rogues do their dodgy dealings and cause carnage in Peckham.

Children and adults alike will struggle to resist singing along to Frozen on the West End. Join Elsa, Anna, Olaf, and Kristoff as they venture through the icy realm to restore peace in Arendelle.

West End legend Samantha Barks will be stepping into the icy shoes of Elsa, and joined by a ridiculously talented cast who help bring the magic to life. Grab your tickets to this family-friendly production of the Disney hit now.

Made popular by Ben Platt’s enigmatic performance on Broadway for many years, Dear Evan Hansen has amassed a huge following recently (thanks, in part, to the movie that was released last year, starring Platt).

The musical is based around Evan, an anxious and lonely student who is dying for a friend. When a student takes his own life and Evan writes a letter as part of his regular therapy sessions, he’s accidentally swept up in a lie that he struggles to contain.

Book your tickets to this stunning production here.

For anyone not familiar with Roald Dahl’s incredible novel, Matilda centres on a bold 5-year-old girl with a horrible family and the gift of telekinesis.

Her love of reading has helped her to be wise beyond her years, and eventually she helps her teacher (who she eventually goes to live with) to stand up to the cruel headteacher.

This family-friendly musical is filled with catchy songs and is not to be missed – book your tickets here.

The Book of Mormon

A post shared by The Book of Mormon (Musical) (@bookofmormonuk)

Created by Matt Stone and Trey Parker (a.k.a the creators of South Park), The Book of Mormon has proved itself as one of the most popular musicals on the West End and Broadway in recent years.

This quirky musical follows two missionaries sent to Uganda in an attempt to convert people to Mormonism though, upon arrival, they find that their mission might not be quite as easy as they first thought.

As expected from the creators of the crude American TV show, The Book of Mormon is hilarious and littered with tongue-in-cheek quips – book your tickets here.

An incredible soundtrack is guaranteed in Tina – The Tina Turner Musical.

Based on Tina’s journey to stardom rather than the trials and tribulations of fame itself, this musical explores the troughs and peaks in her life, as well as the important people she met along the way.

It’s heartbreaking and uplifting all in one – don’t miss it.

We’re sure you’ll agree that anything Andrew Lloyd-Webber touches is golden, and his latest creation – a hilarious and slightly gothic retelling of Cinderella – is no different.

In this story, Cinderella is desperate to escape Belleville – an idyllic fairytale town that is too good to be true. The mask is slowly slipping and Belleville is showing its true colours… but will Cinderella be convinced by the Fairy godmother to lean into who she really is: a princess?

You’ll have to book tickets to find out.

A post shared by Come From Away UK (@comefromawayuk)

Come From Away is a fairly recent addition to the London musical scene, though it’s already nabbed 4 Olivier Awards.

This Canadian play was written by Irene Sankoff and David Hein, telling the real-life story of 7,000 passengers who were grounded in Canada following 9/11 and how the Newfoundland Community welcomed them into their lives.

Book your tickets to one of the most emotional and uplifting musicals in London 2022 here.

A post shared by MAMMA MIA! The Musical (@mammamiamusical)

The legends that are Benny and Björn have brought their music to the stage with Abba’s Mamma Mia! the musical.

If you’ve seen the film-adaptation (and if not, why not?), the musical follows the same synopsis: Sophie is living on a Greek island and dreams of inviting her Dad to her upcoming wedding. Though she soon realises that there are three potential figures and decides to invite them all. Chaos ensues.

This is an unmissable long-running musical for lovers of Abba, with a cheesy sing-along soundtrack you’ll find it impossible not to smile at. Book here. 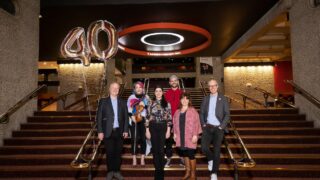 Previous
Get Ready to Party for the Barbican’s 40th Anniversary 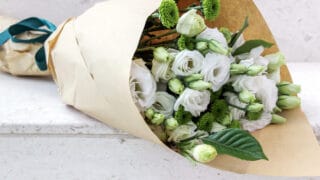 Next
Just One of Rose Things: The Best Flower Delivery in London