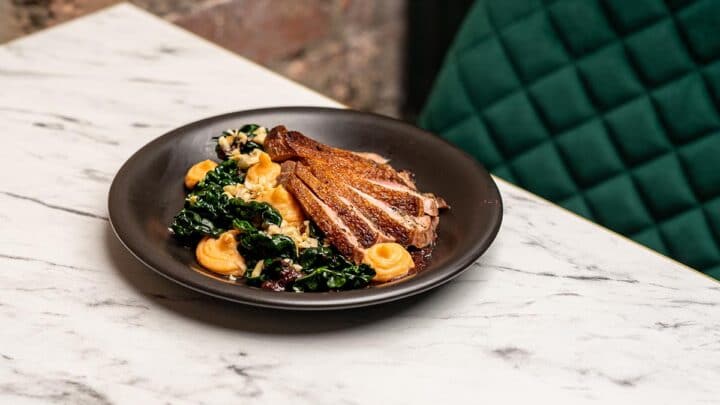 Wood & Water is Brixton’s newest restaurant – a contemporary eatery blending British and Jamaican cuisines. Situated on the site of the much-missed Three Little Birds, this venture (from the same owners) takes the venue into a new direction.

Go for style, flair and a whole lot of flavour.

You have co-founder April Jackson to thank for the food, and thank her you should.

Wood + Water bills itself as serving modern British food with Jamaican soul and, while we’re normally suspicious of anything veering on the side of fusion food (call it too many overzealous dishes from the early noughties if you will), Jackson gets it perfectly right.

The starter of Potato Croquettes with Slow Cooked Goat and Plantain Ketchup, is the perfect example – and gets extra bonus points tasting like the kind of matronly indulgence we all need in our lives right now.

One bite into the croquette – nicely crispy on the outside – and we’re hooked.

If the first bite is a polite nibble, the second and third err on the side of the greedy’s gobble as we munch on the croquette-y goodness, stopping only to smear dollops of the rich ketchup as we go.

The same can be said for the Pan Seared Duck Breast with Jerk Glaze and Roasted Sweet Potato Puree.

Done clumsily and this might have felt like a brash portmanteau of flavour.  In Jackson’s hands it turns into a delight: a complex melange of earthiness, bitter and sweet – the gaminess of the duck sweetened by the sweet potato, rounded off with a final boozy kick lent by some well-judged rum-soaked plums.

By the time the waiter recommends trying the banana bread with a conspiratorial “it’s the best I’ve ever had”, we are like putty in his hands, both of us ordering said dish then spending the next ten minutes (who are we kidding, it was gone in three) oohing and aahing over the truthfulness of his words.

More so than other restaurants, the food at Wood & Water is only half of the tale. Jackson’s partner and the other co-founder Lee Tan steers the helm when it comes to drinks.

The result is a cocktail list that not only perfectly complements the menu, but is weighty enough to stand up as an attraction on its own.

Many of the drinks – like the Stolen Fruit – a blend of aguardiente, Banks 5, lime cordial and watermelon – balance spicy and sweet. Others like the St Elizabeth Martini – mixing tropical Old Tom gin, pineapple liqueur, acid blend and herb oil go for the full boozy effect.

Wood & Water is a chic reinterpretation of one of Brixton’s most popular dining spots. Go for well-judged cocktail and food menus paired with a laid back neighbourhood restaurant vibe.

Wood & Water is a chic reinterpretation of one of Brixton’s most popular dining spots. Go for well-judged cocktail and food menus paired with a laid back neighbourhood restaurant vibe. 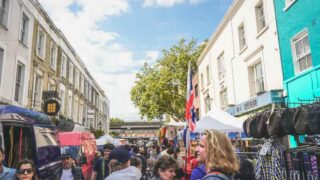 Previous
22 Cool Flea Markets in London You Have to Visit 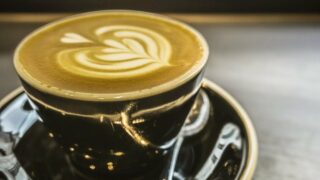