The Bloomsbury Group: The Legacy and Influence of the Famous Bloomsbury Set 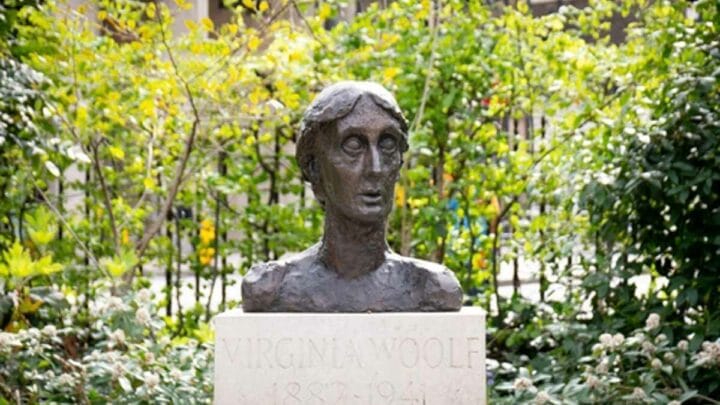 Want to learn more about the members of the Bloomsbury Group? Read on to discover who they were, what they did, and why their legacy is so important.

Labelled by many as snooty bohemians and as creative trailblazers by others, the members of this early 20th century group were elusive and, at times, controversial.

But their immense contribution to British arts and culture cannot be understated. After all, they have produced some of the best pieces of art and literature in the world.

Ready to discover more about the Bloomsbury Group?

Who Were the Bloomsbury Group?

We’re quite sure that you’re familiar with the name Virginia Woolf. But did you know that, in 1905, the group of artists, writers, and intellectuals who would collectively come to be known as the Bloomsbury Group (or the Bloomsbury Set), began to meet at this famous writer’s home, which she shared with artist and sister Vanessa Bell?

These impromptu meetings would continue for thirty years, with the group gathering to share ideas and support each other.

What started off as primarily business meetings turned into hang-outs with close friends, with the group gathering quite the reputation for being bohemians and rebels.

The gang soon became more than just acquaintances, with many becoming friends and even lovers (at times it even seemed to be an Edwardian version of Love Island).

However, three people were the most influential when it came to the formation of the Bloomsbury Set: Vanessa Bell, Duncan Grant, and Roger Fry. And don’t worry, there’s more on them, later – but first let’s answer the most pressing question…

Why the “Bloomsbury” Set?

The group was known as the “Bloomsbury” Set as they each lived and worked in the Bloomsbury area of Central London – an area that’s today known for its leafy squares, Georgian buildings, and quirky museums.

It’s also one of our favourite places in the capital… but that’s besides the point.

This nickname first popped up in 1912, when Vanessa Bell and Duncan Grant met with friends to showcase their artwork in the Second Post-Impressionist Exhibition, which took place in London and was organised by art critic Roger Fry.

And What Were They Famous For?

Whilst now the Bloomsbury Group members are famous for their individual contributions to culture and for producing some of the most important artistic and literary works of the 20th century.

At the time the group were praised for the support they gave to young artists. Which, in turn, aided the development of early 20th century art.

One of the biggest achievements of the group was the Hogarth Press, set up in 1917 by Virginia and Leonard Woolf.

This publishing company has had an inconceivable influence on modern literature, encouraging the publication of works by greats like Katherine Mansfield and T S Eliot, as well as novels by Virginia Woolf herself.

But They Weren’t Universally Popular…

With great fame comes great controversy, and the Bloomsbury Group certainly had their fair share of haters.

They were often lamented for their elitist lifestyles and told that their unorginal artwork lacked substance. To which we say, that’s pretty rich coming from the pre-social media equivalent of an internet troll.

It’s often said that their contributions post-WWII were watered-down and far less impressive than anything produced before the war.

Take a look at the names below and we’re sure you’ll agree that their influence in the worlds of art and literature have been incredibly valuable.

The Bloomsbury Group Artists: In Detail

Born in May 1879, Vanessa Bell was an English painter and the older sister of Virginia Woolf. Bell took drawing classes as a child and eventually went to study art in 1899 at the  Royal Academy Schools in London.

It’s safe to say that her life was pretty tragic – her brother, sister, and close friend (and rumoured lover) Roger Fry all died young, and her son passed away during the Spanish Civil War, in which he was an ambulance driver.

Bell’s most famous works include her portraits of Virginia Woolf, Roger Fry, and Helen Dudley, as well as her many pieces inspired by her Charleston home in Sussex.

Born in Scotland in 1885, Duncan Grant was known for being incredibly attractive and charming. He was gay during a very tumultious period of time in which homosexuality was illegal in the UK, yet he joined this group of icons in 1905 after his cousin took him to a meeting of the Friday Club.

After years spent arguing with his father about not wanting to join the army, he was eventually allowed to attend the Westminster School of Art in 1902 instead, where he would become one of the UK’s most respected artists.

Duncan Grant would eventually marry and have a child with Vanessa Bell – though soon after they lived as companions rather than lovers, with Grant having many a fling with men. The couple then purchased the Charleston Farmhouse, where they would spend their later years.

Roger Fry was born in London in 1866 and is whom many people believe to be the true leader of the Bloomsbury Group. He was an artist, designer, art critic, and theorist, amongst plenty of other titles, and was the most multi-talented member of the gang.

He first met Clive and Vanessa Bell in 1910 and they extended an invite to lecture at Vanessa’s Friday Club, where he was introduced to plenty of their artist friends.

Though, his personal life was far less rosy – Helen Coombe, his wife and fellow artist, suffered from debilitating mental illness and was sent to an institution shortly after, leaving Fry to look after their two children. He quickly began an affair with Vanessa Bell, though it ended in 1913 when she fell in love with Duncan Grant.

Vanessa Bell’s sister and legend in her own name, Virginia Woolf, was another active member of the Bloomsbury Set. The writer, biographer, and critic was married to Leonard Woolf and frequented many of London’s social and literary circles during her lifetime.

She and her husband would go on to set up the Hogarth Press, which gave Bloomsbury artists the opportunity to have their books illustrated. Woolf’s most famous literary works include Mrs Dalloway and A Room of One’s Own.

Keynes was an economist and a huge supporter of the Bloomsbury Set. He first got involved with the group as a result of his relationship with Duncan Grant, and he went on to support the arts in any way he could.

In fact, he was the main reason behind the creation of the London Artists Association and the Contemporary Arts Society.

Keynes worked for the Treasury as a negotiator and advisor during World War I, which clashed with the pacifist ideals of the Bloomsbury Group and led to him distancing himself – though he managed to get Duncan Grant and plenty others military exemptions.

During the 1940s, Keynes eventually became the chairman for the CEMA (Council for the Encouragement of Music and the Arts), which later became The Arts Council – a huge organisation still key within the industry today.

Writer and biographer Lytton Strachey may have failed to get into Oxford University but he did manage to make connections with Leonard Woolf during his time at Trinity College in Cambridge.

This, along with the fact that Duncan Grant was his cousin, led him to becoming a key figure in the Bloomsbury Set.

Strachey was famed for his unique style of writing, which put a comic spin on your standard biography – his book Eminent Victorians was a huge success.

E. M. Forster was a fiction writer and essayist who primarily focused on class and hypocrisy within his novels. His most notable works include A Room with a View and A Passage to India, which was arguably his greatest success.

During his time at King’s College, Cambridge, Forster became a member of a discussion society called Apostles. Many of these members would eventually join the Bloomsbury Group in the 1910s and 1920s. 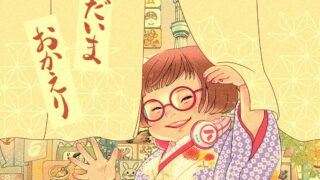 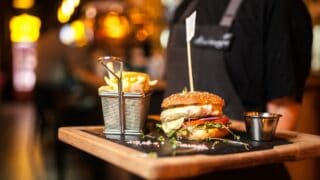 Next
Eat Up! High-Stackin’ American Restaurants in London