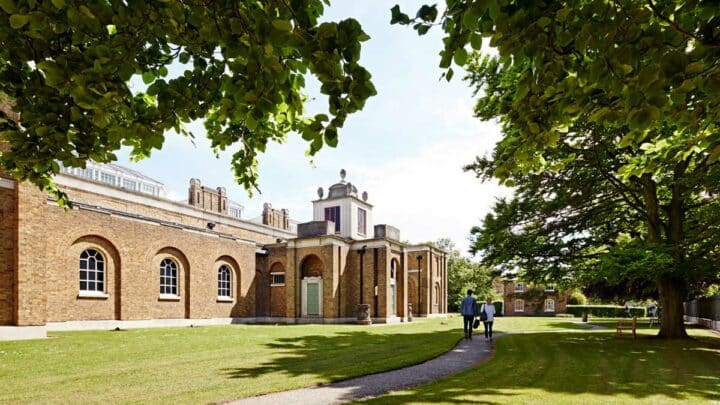 Set in the heart of one of South-East London’s flourishing neighbourhoods, Dulwich Picture Gallery is one of the city’s premiere art collections set away from the hustle and bustle of London’s better known galleries.

Dulwich Picture Gallery was established in 1811 as the world’s first purpose-built art gallery for public consumption when Sir Francis Bourgeois passed away and bequeathed his collection “for the inspection of the public”.

The building, opened in 1817, was designed by Sir John Soane specifically to house Bourgeois’ collection and sits in the heart of Dulwich Village between the popular areas of Brixton and Peckham.

Today, it’s a criminally underrated gallery in London and one of our favourite cultural hotspots. Here’s why you need to visit.

Why You Need to Visit the Dulwich Picture Gallery

Dulwich Picture Gallery is a must-visit for any art lover, particularly those with even a passing interest in the classics.

Accumulated across centuries before and following the death of Sir Francis Bourgeois, the gallery boasts one of the world’s finest collections of Old Master paintings with a rich selection of French, Italian, and Spanish baroque works.

In addition, the gallery houses British portraits dating from the Tudor dynasty through to the 19th Century.

Famous artists on display include Rembrandt, Gainsborough, Poussin, Canaletto, Rubens, and Veronese – a list that barely scratches the surface of the depth and richness on offer for art fans.

It’s no wonder then that the Dulwich Picture Gallery’s collection is amongst the most valued artistic treasures in the UK.

The art might be impressive, but the gallery’s building is well worth a visit for those who enjoy architecture alone. Its Jacobean-influenced styling blends with more subtle Classical stylings with vertical brick projections and pilasters on each wing.

At the west of the building, the mausoleum’s deliberate shaping recalls a funeral. Urns on top of the structure, sacrificial altars in the corners, and sarcophagi above the doors provide the appropriate decoration.

Head inside where a series of arches link the original five rooms to create the feeling of open space.

Since the original building was opened in 1817, the gallery has evolved with additional rooms built in the early 20th Century – a beautiful glass cloister connects the old and new sections of the buildings.

Art doesn’t need to be a snoozefest: The gallery hosts the occasional after-hours event where interactive performances, creative workshops, DJ sets to complement the art, and pop-up food and drinks are very much on the cards.

But that’s not the only kind of event that Dulwich Picture Gallery host; the venue holds regular adult courses, lectures, and workshops (some of which tie in with exhibitions, others are more generally art-themed), as well as a range of other classes that include yoga, wreath making, and candle-making.

Your Own Personal Guide

While there’s plenty on offer for the self-guided expert to view, Dulwich Picture Gallery offers a rich and diverse visitor experience.

A new audio-visual guide is available for guests via Bloomberg Connects, which features stop-off points as you tour the gallery with accompanying story guides, films, and insights from curators to enrich the visitor experience.

For example, you can find out who took the world’s first photograph and learn (spoiler alert!) that the gallery’s founders are buried on-site in the gallery’s very own mausoleum.

Dulwich Picture Gallery’s current collection heavily consists of a lively mix of classic landscape scenes and portraits. These are from some of the world’s best-renowned artists, of the 16th Century, all the way through to the reign of Queen Victoria.

As you’d expect, the earliest works in the collection date back to the era of Henry VIII and Queen Elizabeth I. The battle between Catholicism and Protestantism for religious dominance in England and Europe ensures the art is heavy with religious imagery.

The famous Bolognese Carracci family is represented by paintings ascribed to the three famous cousins, Agostino (The Last Communion of Saint Francis), Lodovico (Saint Francis in Meditation), and Annibale (Head of an Old Man).

Many examples of the British School of the period exist with portraits of well-known figures, including Dante, Martin Luther, Joan Alleyn, and Thomas Lovelace, on display. Religion also features a portrait of Piety.

You can find many of the big names from 17th Century art in the collection, with several Rembrandt portraits, including the famed Girl at a Window and Jacob de Gheyn III, a Dutch engraver.

Meanwhile, Nicolas Poussin takes on the baton of religious and mythical scenes, with The Triumph of David, The Nurture of Jupiter, and Venus mourning Adonis. And Peter Paul Rubens’s famous images of Venus, Mars and Cupid, and Hagar in the Desert are on permanent display.

Famous faces of the time painted include Richard Burbage, the Kenneth Branagh of the period. He was the lead actor in the King’s Men who helped construct the Globe Theatre and undertook the roles of Richard III, King Lear, Hamlet, and Othello, amongst others, for the first time.

Moving into the 18th Century, visitors can witness some of the best work of famous artists, including Canaletto, the Venetian landscape painter who provided some of the best contemporary views of London, Venice, and Rome.

His painting of A View from Old Walton Bridge in Gallery 4 includes the painter, hard at work with an easel and oils on the river’s edge. Can you find him?

Thomas Gainsborough also figures heavily in the collection, with his portraits of the Linley family, including Samuel, Thomas the younger, and Thomas the Elder. Other faces captured by one of the world’s leading painters of the time include Philippe Jacques de Loutherbourg and Mrs. Elizabeth Moody with her sons Samuel and Thomas.

Religious influences begin to decline in favour of landscapes, while the increasing militarism of the time is captured impressively by Sir Joshua Reynolds’ An Officer on Horseback.

The highlight of the 19th Century collection, somewhat smaller than previous centuries, is John Constable’s Landscape with Windmills near Haarlem.

Though budding historians will marvel at the undeniably sweet portrait of Princess Victoria, aged Four, by Stephen Poyntz Denning, even if she is seemingly already dressed in mourning! Seemingly a portent of things to come for the infant princess.

As well as this, famous Anglo-American artist Benjamin West’s capture of his daughter-in-law and grandson, from 1805, features the chubby infant reaching up to lovingly caress his mother’s cheek in a sweetly-captured moment.

In 2011, the Gallery bought its first piece of modern art, Walking the Dog I, II, and III, comprising three granite boulders carried by a glacier more than 10,000 years ago and stranded in Finland.

Known as glacial erratics, sculptor Peter Randall-Page carved the boulder surfaces with interlocking patterns reminiscent of the Greek key and meander motif. A typical ornament in Greek and Roman architecture, the meander is the same motif found on the frieze of the original Picture Gallery building.

Standing in the gallery gardens, the boulders are a fitting homage to Sir John Soane’s original building.

Opening: The Gallery is open Tuesday to Sunday, 10am to 5pm 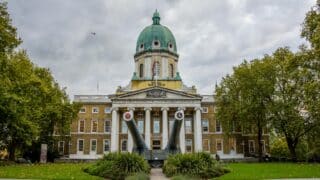 Previous
Museums, Beer and More: The Best Things to do in Elephant & Castle 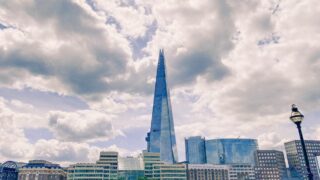