The Best Covent Garden Pubs For Your Well-Deserved Pint 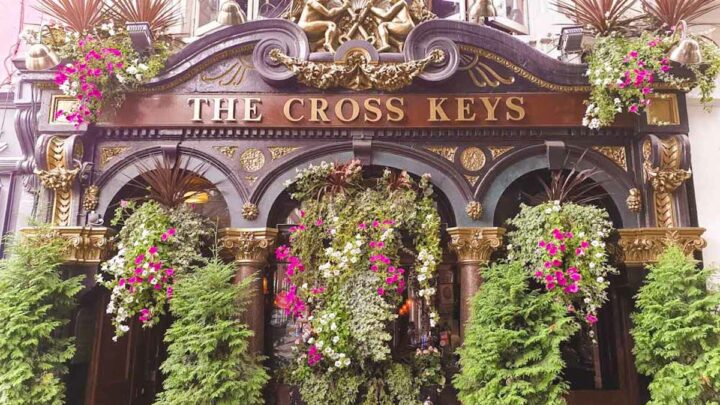 Covent Garden’s pub scene is pretty darn good. Who’d have thought that an area in central London would boast so many cool little boozers? Looking for the best pubs in Covent Garden. Start with these.

Covent Garden – you know, that rather lively area tucked in between Soho, the Strand and Trafalgar Square? Not only is Covent Garden packed with some cool places to see, turns out that it also has some pretty brilliant pubs too.

Now, we love a good pub – but you have to be pretty careful in the West End. Let’s face it, there are too many generic chain boozers that are just boring, boring, boring. Check out these awesome Covent Garden pubs for your next pint.

The Best Pubs in Covent Garden

With flowers cascading down its ornately carved facade, The Cross Keys looks like it was made for the ‘gram. But the reality is that it’s barely changed in decades.

The old-school vibe continues inside. Think a touch of Victoriana – eclectic paintings and paraphernalia on the walls. It’s a bit dark, but that only adds to its charm.

There’s a good selection of beer on tap (in fact it’s one of the best places to get craft beer in Covent Garden), with the obligatory selection of wine and spirits if they’re more your style.

Sports-lovers are well catered to. The Cross Keys play a pretty full calendar of sporting events on their TVs, so don’t be surprised if you stumble in mid-game to packed punters cheering on their favourite teams.

The Harp is a classic British pub through and through.

We all know that a pub is no pub at all without a couple of hand pumps for pulling pints… and The Harp boasts ten of them.

Add in its rather extravagant, flowerpot-laden exterior, and you’ve got yourself one of your new favourite pubs.

All sounds good so far – but what makes The Harp great is that although its in central London, it still feels far more like a local haunt than a tourist trap.

The pub has seen hundreds of varieties of beer and cider pass through its taps – you can never be quite sure what will be on offer. But rest assured that it’s going to be something good.

Read More: Cool Things to do in Covent Garden

There’s no shortage of good pubs around Covent Garden, but The Princess Louise is a particular stand-out.

While many glitzy London venues have moved with the times, the Princess Louise has stoically refused to update its interior since 1891.

And why would you? The interior of this Grade II listed pub near Covent Garden is considered one of the best examples of Victorian decor in the UK. It is utterly delightful, oozing drama and history – and certainly a cosy stop for a drink or two.

I’m pretty sure that those gorgeous carved walls have seen a lot over the years. Over a century of cheeky pints and cosy chats – if only the walls could talk.

No detail has been spared; even the (marble, because why not) men’s urinals are heritage listed. There’s not many places where you can say that visiting the loo is a historic experience – but we’ve already established that The Princess Louise isn’t like that many other pubs.

Now, it’s no secret that we’re huge fans of Sam Smith’s pubs – they’re cheap, don’t blare out music and offer a decent range of beers and drinks (I’d probably stay away from the wine though).

All in all, a totally brilliant pub.

You’ll find The Salisbury perched on a corner on St Martin’s Lane in the heart of theatreland. One of the best pubs in Covent Garden, the outside’s impressive enough but inside it is quite the treat.

The pub features classic Victorian architecture with an art nouveau twist. Be sure to look up at the elaborate and dramatic light fittings which feature art nouveau nymphs.

The pub’s decadence has been legendary for well over a century, and it was also one of the first proudly gay-friendly pubs in London.

While The Salisbury has many typical British elements, it also has the unique selling point as “sport free since 1892”. So if you’re more about conversation, beer and architecture than yelling the telly, the Salisbury will be right up your alley.

The Marquess of Anglesey

Forget these newfangled gastropubs – The Marquess of Anglesey does good, old-fashioned British food, and it does it well. The fish and chips alone make it a serious contender for the title of serving the best pub food in Covent Garden.

There is a generous selection of great ales, lagers and ciders on tap, plus an extensive wine list. If neither of those options are quite to your liking, there is also an upstairs cocktail bar. Their gin cocktails, in particular, are absolutely delish.

While the interior is a little more modern, it’s still cosy and charming. Plus, it’s dog friendly – so you can bring your bezzie along with.

Covent Garden has long been associated with the theatre – particularly the famous Punch and Judy show.

No surprise then that this Covent Garden pub draws its name from the puppet shows which would be performed in the 18th century in the nearby piazza.

To this day, one of the best features of The Punch and Judy is that you can look out from the balcony and down at the piazza, where you can catch a glimpse of the buskers performing below.

Inside, the charming pub offers a great selection of English beer (including some of Greene King’s own cask ales) as well as wine and cocktails.

It’s all served in the largely original setting, as Punch and Judy was one of the few pubs in Covent Garden that escaped damage during the Second World War.

Whether you’re enjoying a pre-show meal or perhaps exploring the area on a Covent Garden pub crawl, the Punch & Judy is well worth a stop.

Chandos is bustling without being overwhelming, which cannot be said about most popular pubs in Covent Garden.

Another cool little pub in the Sam Smith’s chain, Chandos is a no-frills kind of place with a rustic, wooden interior and a comprehensive list of beer, wine and spirits to enjoy.

As a Sam Smith’s, it’s one of the more affordable places in London, so if your credit card needs a rest but you need an ale, Chandos is a good spot.

The Lamb & Flag is one of London’s historic pubs – it’s been open for over 240 years and is still going strong today.

Pop in for a pint and you’ll start to see exactly why the Lamb & Flag was one of Charles Dickens’ favourite watering holes.

It might look all staid and traditional today, but the Lamb & Flag hasn’t always been so respectable. In fact, the pub boasts a rather gritty past. Back in the 19th century, it used to host many a bare-knuckle fight, leading to its nickname of ‘the bucket o’ blood’.

Before that, around 1679, the writer John Dryden was attacked in the pub at the command of Charles II in retaliation for his writing about the would-be King’s mistress. Saucy.

You’ll be glad to know that there’s a lot less drama these days, but the Lamb & Flag still stands as one of the coolest pubs in Covent Garden.

This Covent Garden classic manages to feel intimate and cosy, which is pretty astonishing considering it boasts twelve (yes twelve) levels and one of the best beer gardens in Covent Garden.

Not only does Porterhouse take the crown as the largest bar in all of London, but it’s also the best Irish pub in Covent Garden, and probably the capital. The pub’s genuine passion for Irish beer means they actually brew their own beer in Dublin, before importing over to London.

As well as plentiful Irish beer, the pub also offers a great food menu and a busy calendar of live music events. Gigs are normally held downstairs in the quirky basement bar.

Ok… we know we said to miss out on the chains, but Craft Beer Company really is the blueprint for all other craft beer pubs in London. So we think all is forgiven, right?

Filled with 30 keg lines, 15 casks pumps, and over 200 bottles and cans if you’re into trying out weird and wonderful craft beers and ales, make sure to swing by for a pint or two.

Aside from that, the inside is like something out of a 1940s barbershop – glossy red brick walls, dark oak finishes, and pops of colour dotted throughout.

The perfect (albeit hipster) setting for sipping an obscure beer with your pals.

Less of a traditional English boozer and more of a Belgian pub, Lowlander Grand Cafe’s is a little gem situated on Drury Lane.

Boasting a vast array of Belgian and Dutch beers, Lowlander’s has an ultra-cool understated vibe inside reminiscent of a Brasserie in Brussels. Push the boat out and swap the usual craft beer for a Delirium Red or a Lindemann’s – we love the peachy variety.

If you’re feeling a little peckish, order yourself a portion of Moules Frites – that’s mussels and chips for all you non-Belgians. 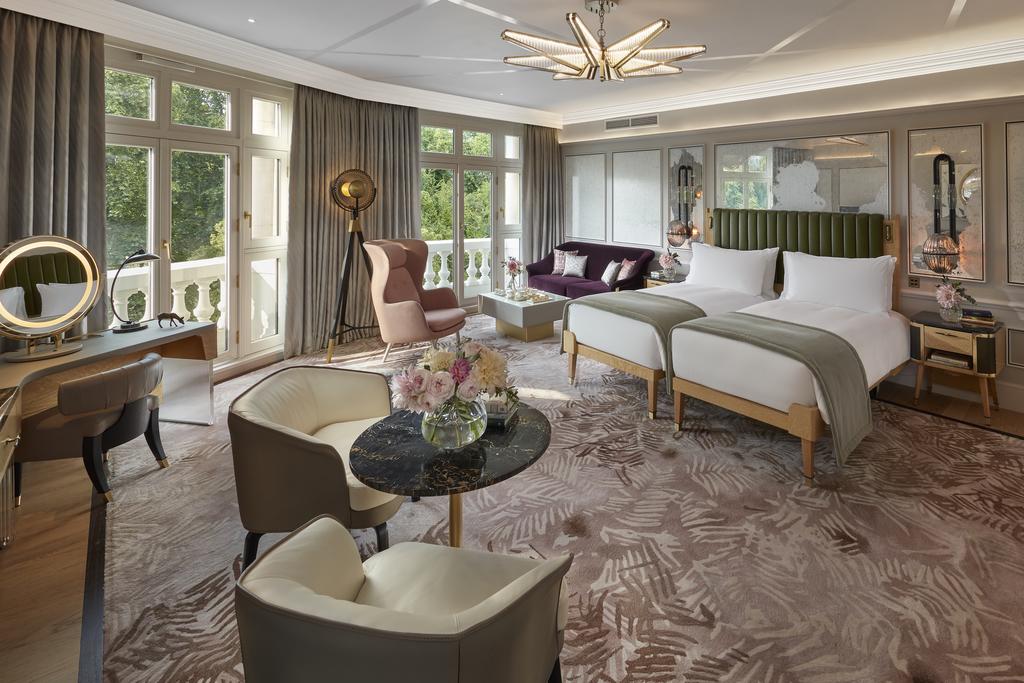 Previous
5-Star Hotels in London for a Fabulous Stay 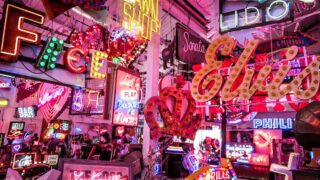 Next
Time to Discover: God’s Own Junkyard - London’s Hidden Gem