Posted on Last updated: 12th October 2022 Categories Things to do

Where to Go in London for Inspiring Talks and Lectures 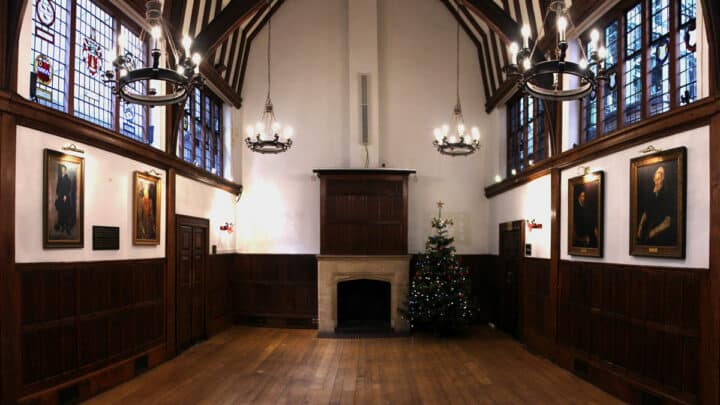 Ready to listen to some big brains and big ideas? Here’s where you can go for inspiring talks and lectures in London.

“Intellectual growth should commence at birth and cease only at death.” – Albert Einstein

The big man said it, now y’all hear it. There’s so much to learn, and so much of it right here in your city.

It seems like every major institution has some ideas they want to share. Open your mind – it’s time to book some of the best talks and lectures in the city.

The Best Places for Talks & Lectures in London

London born Intelligence Squared is now a world-wide (and world-renowned) forum for discussion and the sharing of ideas that shape the future.

But they haven’t forgotten their roots, and still gather the world’s best and brightest for regular talks in London.

The topics are as broad and varied as the mosaic of life would have them be. You might recognise some of the speakers from the telly, but let’s be real – if you’re reading this you’re probably more of a book person.

One scroll through their upcoming events has our brains fizzing like Einstein’s hairdo. See you there, notebook in hand.

Gresham College has been providing free, public lectures in London since 1597 and have done some pretty admirable things in those 400-odd years.

They were the first higher education institution in London, and aimed to provide free education to its citizens. They did it in English back when the cool thing was for universities to teach in Latin.

Gresham College also taught the weird subjects that weren’t taught elsewhere like astronomy and geometry. The list goes on, but their educational accolades are nothing short of incredible, like, yep, these guys founded the Royal Society.

400 years later and they’re still at it, doing free talks on so much interesting stuff it’s impossible to mention it all here. You’ll just have to find out for yourself.

Looking for history lectures in London? Look no further than the British Museum. Their regularly filled calendar is never lacking for interesting historical topics.

The British Museums talks often riff off stuff from their collections, which as you already know never lacks the interesting.

Think talks on Roman London, the beauty of Japanese art or the realities of ancient Egyptian mummification.

The speakers: only the sharpest minds in their chosen fields. Check out the upcoming schedule here.

The School of Life

A post shared by The School of Life (@theschooloflifelondon)

Our absolute favourite on this list has to be The School of Life. Founded by a group of very smart people including author, philosopher and all round good egg Alain de Botton, the school of life has one goal: teaching people how to live.

And don’t worry, it doesn’t involve any sanctimonious finger-wagging. They are trying to answer a question that has troubled the greatest minds in philosophy since, well, forever.

They offer talks on everything from deepening self-knowledge to being, building lasting love, and even how to fail. Check out their full events calendar here.

Founded way back when (1852) with the purpose of educating the British public on cultures from around the world, as well as bits of history that have shaped the collective imagination, the V&A stays true to its nearly 200 year-old goal with some of the best free lectures in London.

The constantly changing topics cover everything from climate change to musicals and regularly focus on the museum’s genuinely incredible collections.

If you’re looking for a little stimulation, you can find their upcoming events program here.

The Royal Institute of Philosophy

Here’s one for you thinkers out there. The Royal Institute of Philosophy holds regular free talks and lectures in London.

As you guessed, topics can get pretty heady, but there’s usually something there for everyone.

Talks swing from discussions on society, race, and political correctness to stuff as left-field as ancient Chinese theory of Language.

We’re talking about some real deep thinkers, folks. If you reckon you’re one of them, take a look at the upcoming events.

Home of all things sleek and chic, and the ideas behind them, the Design Museum holds regular talks on all aspects of the design world.

That means stuff like fashion, sustainability, architecture, and all that other good stuff that needs designing.

Oh and seeing as design is kinda a hands-on thing, they also offer workshops for people of all ages where you can get stuck in with the fun part of actually building and making stuff.

Ever wondered what made Van Gogh tick? Or what Lucian Freud wrote in his letters?

The National Gallery has all the answers. They’ll also share them with you through the medium of public lecture, expert panel discussion, and after-hours museum tours.

Although some of the talks are paid, most are free. And there’s plenty for the artistically inclined to get excited about.

So whether you’re after some painterly instruction, or just want to brush up on some art history (see what we did there?) this is the one for you.

For real, if literature is your thing then this is where you’ll wanna be keeping your eye on their events calendar.

They hold regular talks highlighting writing by underrepresented minorities, as well as stuff on the literary giants of the past, and everything in the middle.

And the talks don’t stop at things written, but the ideas behind them. Expect to catch lectures on the foundation of our myths, the derogation of words and even the occasional film screening.

Founded by one of the other great British institutions on this list (were you paying attention?) The Royal Society holds regular talks on the subject it does best: science.

The topics often weave themselves nicely into contemporary issues, or are simply things that pique our curiosity. Like…what’s laughing actually all about?

Gene editing. You know they can actually do that now? No, not at the Royal Academy, but they will explain all about it.

So if you’ve got one eye on the future, make sure to keep the other on their events calendar.

The biggest one is probably to keep a regular eye on things. It only takes a minute to see if there’s something for you. And then book, turning up unannounced is not the done thing at symposiums.

Talks in London: Read Next 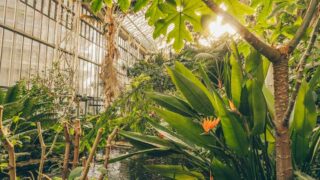 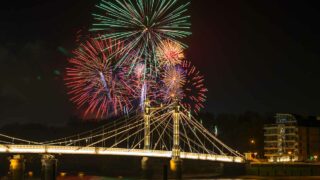 Next
Bonfire Night! Spectacular Firework Displays in London for 2022