The London Pass: Is it Worth the Money? Full Review + Tips 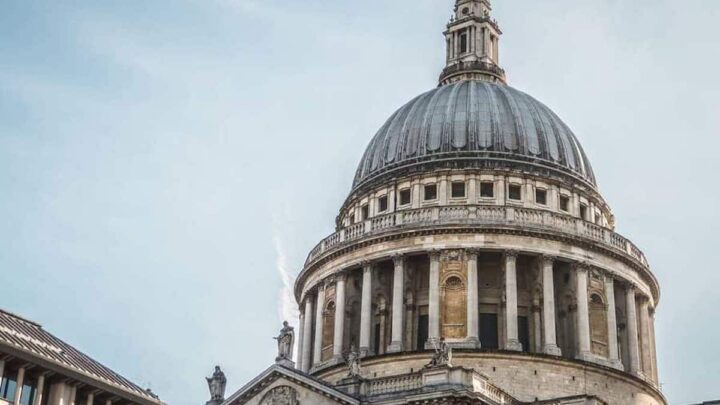 Visiting London and want to tackle the city’s biggest attractions? The London Pass helps you to explore many of our fair city’s landmarks whilst also cutting down your costs. But is it worth it? Here’s what you need to know.

We’ll be honest. London can be a hellishly expensive city to spend time in – as someone who grew up in London and has been based here for the last few years – we can definitely attest to that.

While some of the big sights are free (mostly museums), many others come with eye-watering entrance fees, all of which build up throughout the course of a few days.

No need to cry into your cuppa tea though, there are some canny ways of cutting down your costs during a trip to London – the London Pass is one of those.

What is the London Pass?

The London Pass is a card that gives you access to many of London’s best attractions for a period ranging from one to 10 days.

As well as free entry into more than 80 attractions, this London city pass also has added extras including a comprehensive guidebook and a hop-on, hop-off bus tour.

Overall, if you’re looking for London attractions combo tickets, the London Pass is a great option as it includes entry to dozens of London icons for a fixed cost.

How Much Does the London Pass Cost?

The London Pass price depends on how long you want to use it for.

One of the best things about this London sightseeing pass is that whether you have just got a quick stopover in London, or an extended stay, there will be an option for you.

For London one day pass, the cost is £75 for an adult (£55 for children), however, the daily price becomes significantly cheaper the longer you have it for.

*Only available via Get Your Guide

What’s Included in the London Pass?

There are more than 80 London pass attractions, making this one of the most generous London visitor passes.

We love that the pass includes both well-known attractions like the Tower of London, as well as quirkier places to visit in London like the Old Operating Theatre Museum. As well as attractions in central London, there are others a bit further out – such as Wimbledon and Windsor Castle.

There’s great variety so this pass will suit lots of different people.

Want to know what to do while you’re in town? Don’t miss our guide to the best things to do in London.

The full list of attractions that are free are:

As you can see, there is a great selection. There are a few major attractions that aren’t included, however. For example, if you want the London Pass for the London Eye you’ll be disappointed – unfortunately, that one is not included.

Read Next: Our Pick of the Best London Attractions

You also get a free hop-on, hop-off bus tour which will take you via many of the locations on the list, as well as a 175-page guidebook with lots of travel tips.

By default, the London Pass does not come with free transport apart from the hop-on, hop-off bus tour. However, there is an add-on you can buy to get an Oyster (transport) card that is pre-loaded with credit for the duration of your trip.

The cost for this is:

There is also a £5 admin fee charged.

It’s worth noting that the travel on the London Pass is not unlimited. Although it is convenient to get the card and travel together, there’s not a great cost saving when it comes to travel.

To be honest, we don’t think it’s worth getting the Oyster option added on to your London Pass unless you really want to for convenience.

You can buy an Oyster card (get the normal one, not the visitor’s one) with a £5 deposit (which you get back when you surrender the card at the end of your trip) from any underground station, including Heathrow Airport and just top that up with what you need.

What’s more, the Oyster card is subject to a daily capping fee anyway, which varies depending on how many zones you travel in and whether you travel in peak or off-peak times. The daily cap for Zone 1 is £7.40 or £35 per week – much cheaper than the option provided with the London Pass.

Where do you Buy the London Pass?

You can buy the London Pass online, either by booking directly or through Get Your Guide.

We recommend booking through Get Your Guide, as the price is slightly cheaper for the 3 Day passes onwards. Plus, we love the convenience of keeping all your bookings in one spot.

Whether you book directly or through Get Your Guide, you will have the choice between using the official app or getting a hardcopy card.

The app means less fumbling around with papers and no chance of it getting lost. Just make sure you keep your phone charged, as you’ll need to scan the QR code at every attraction you visit.

Another benefit of using the app is that it’s available instantly – no delay or need to go and collect it from anywhere.

If you go for the hardcopy option, then you can either pick up the London card from the Central London collection point, or get it shipped to your address (at an extra cost).

Your pass will automatically be activated when you scan it at the first attraction. Keep in mind it’s valid for a calendar day, so whether you scan it at 8am or 2pm, it will still expire at midnight that same day.

What’s the Difference Between the London Pass and the London Explorer Pass?

Another popular London visitor pass is the London Explorer Pass. You might be wondering which is the better option.

There are over 20 attractions included with the pass. These are:

Another point of difference between the two passes is that the time limit is much less restrictive. You have 30 days from when you first activate your London Explorer pass to use all of the credits.

In terms of price, it depends on how many attractions you want to visit. See the table below.

As you can see, the London Explorer Pass has far fewer attractions included, but the price is relatively comparable to the London Pass.

If you only have a limited time in London but you are looking to cram as much in as possible, then we think the London Pass represents better value for money.

However, if you want to see only a few attractions over a longer period, then you might find that the London Explorer Pass works for you.

So, Is the London Pass Worth Getting?

Definitely, if you are looking to tick off a number of the big items during your time in London.

We love this city, but we’ve got to admit that London’s best attractions do not come cheap. That’s why London combo tickets are such a good option.

Not only can they save you a lot of money (more on that soon), but it’s also nice to have prepaid for as many attractions as possible so you don’t have to worry about individual pricing.

It’s never fun deciding if every attraction is worth it – with the London Pass, you just pay once and then you can enjoy dozens of great attractions. In fact, it’s a great motivator to get out and see as much of the city as possible.

Plus, as a general rule, the London Pass does offer great value for money. By getting entry to many of the best London attractions with a combination ticket, you can save a lot.

Even if you are only planning to visit a handful of London attractions, the discounts are very worthwhile. For example, the View from the Shard alone is almost half the cost of the one day ticket, at £32.

To break it down, let’s take a look at a typical 3-day itinerary in London.

As you can see, the London Pass is a great London attraction deal – you can expect to keep plenty more pounds in your pocket (perhaps for a cocktail later?).

While we’re a big fan of the London Pass – and there are thousands of great London Pass reviews, too – it’s not perfect for everyone.

If you’re visiting London but you aren’t fussed about visiting the big names like the Tower of London, Windsor Castle and the View from the Shard, you might not get as much value for money.

Likewise, if you’re the type of person who likes to really soak up an attraction and spend a whole day there, you might find the time limits restrictive.

It’s worth having a think about exactly what attractions you want to visit, and then doing some quick maths to work out whether it makes sense for you.

If you’re looking for a London museum pass, for example, it’s worth noting that many of London’s museums are free, so you don’t really need a pass at all, just rock up at the museums you want to visit and you’re all set.

Overall, however, we really recommend this London tourist pass for those who are coming to the city – especially first-timers who want to cram as much in as they can.

Not only can you save a lot of money, but it’s a great motivator to hit the pavement (or the tube) and see as much as you possibly can during your stay.

Buy Your London Pass or your London Explorer Pass

Buy Your London Pass or your London Explorer Pass

Tips for Making the Most of Your London Pass

Looking for more London tips and Guides? Check these out… 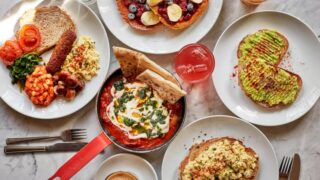 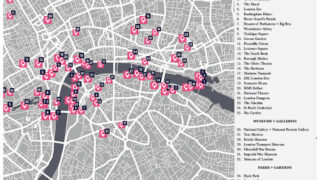