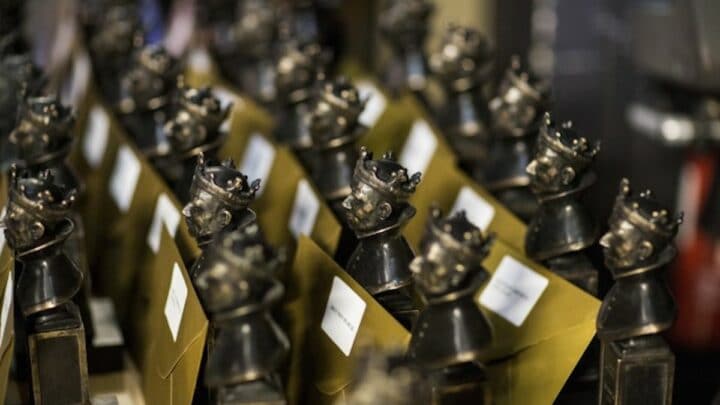 Last week, the highly-anticipated Olivier Awards returned to the Royal Albert Hall after a three-year COVID-induced hiatus… and the theatre industry could not have been more overjoyed.

What exactly are these awards, we hear you ask? The Laurence Olivier Awards are a glitzy annual affair presented by the Society of London Theatre in order to recognise the very best of professional theatre in London.

And luckily for us, London’s brimming with talent – from the dramatic Life of Pi to the pop-culture phenomenon that is Back to the Future, there are some big names on the list.

Ready to discover the winners for 2022?

No surprises here – Sri Lankan actor Hiran Abeysekera snagged one of the top awards for his breathtaking performance in Life of Pi, an emotional tale about survival and friendship.

Following a cargo ship sinking in the middle of the ocean, sixteen-year-old Pi is left fighting for his life on a small boat containing a hyena, a zebra, an orangutan, and, horrifyingly, a Royal Bengal Tiger. It’s a must-see.

Constellations’ revolving cast and storylines reflected the infinite possibilities of a relationship, with beekeeper Roland and physicist Marianne meeting at a party and embarking on a relationship that often questions string theory, fate, and the multiverse theory.

Pride and Prejudice* (*Sort Of) – Best Entertainment or Comedy Play

This unapologetic (and all-female) retelling of the literary classic is hilarious – and promises that men, money, and microphones will all be fought over.

Life of Pi was one of the evening’s biggest winners, with Lolita Chakrabarti’s production of Yann Martel’s book picking up 5 awards.

Why did this play open to rave reviews? We think that it’s because of the intricate puppetry used within the performance. The life-size tiger puppet was designed by Nick Barnes and Finn Caldwell and helps to completely transport you to the middle of the ocean.

Back to the Future – Best New Musical

We were ridiculously excited when a Back to the Future musical was announced – and we were even more excited when it lived up to our (admittedly very high) expectations.

The classic 1985 blockbuster has been perfectly transported onto the stage by the movie’s co-writers, Bob Gale and Robert Zemeckis.

If you haven’t seen the movie, go and watch it ASAP. But here’s a quick reminder of the plot: Teenager Marty McFly is accidentally transported back to 1955 in a time-travelling DeLorean car. Damage done, Marty must fix the past to save his future.

Book Your Back to the Future Tickets Here

Director Rebecca Frecknall picked up an Olivier Award for her phenomenal production of the Cabaret.

The cult-classic musical is set in 1930s Berlin, as the Nazis were at the peak of their power – meanwhile, the underground jazz scene is absolutely thriving. 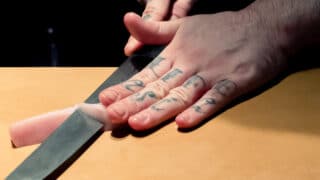 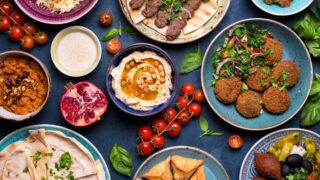