Get Ready to Party for the Barbican’s 40th Anniversary 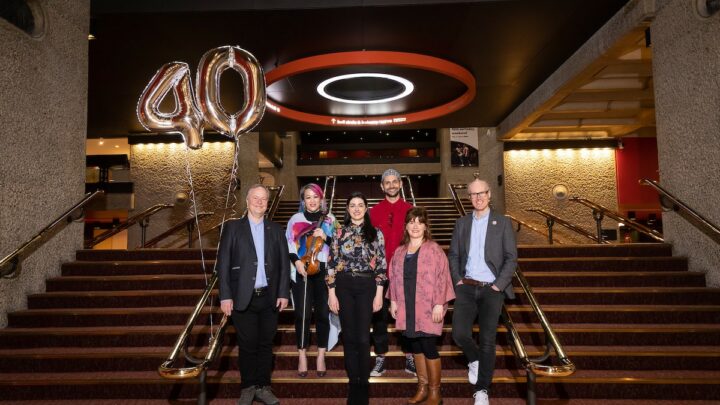 The Barbican Centre is turning the big 4-0 this month and to celebrate they’re partying it up in the capital –  and trust us, you don’t want to miss it.

While March 3rd is the official anniversary, the centre will be celebrating until the 6th with an eclectic programme of events, exhibitions, films, and more to honour the internationally-renowned centre and its longstanding residents and partners.

Scroll on to find out what’s on…

Since opening its doors in 1982, the Barbican has been a multipurpose artistic space.

Not only does it act as a vibrant hub for creatives in the City of London, but it’s also a brilliant place for locals and the wider community to gather and showcase their talents.

And if you haven’t visited the Barbican Conservatory yet, then hightail it over ASAP.

Who knew such a stunning tropical oasis existed inside such a classic example of marmite Brutalist architecture?

The Barbican are going all out for their 40th birthday, with a stellar lineup of performances and workshops to get involved with.

The London Symphony Orchestra will be kicking things off with a special concert on the 3rd of March (repeated again on the 6th).

The Centre’s resident orchestra is led by Sir Simon Rattle and will be marking the occasion, alongside a line up of guest singers, with a performance of Haydn’s The Creation.

Songs in The Key of London

Songs In The Key Of London will pay a nod to London through music – this was an incredibly popular show by the Barbican from 2010 that is being reprised by songwriter Chris Difford and DJ and presenter Nihal Arthanayake for the celebration.

The Future is Female

The 5th March sees an all-female lineup take over the Barbican in The Future is Female, a free immersive performance that champions powerful women throughout history. Pianist and curator Sarah Cahill will be joined by students from the Guildhall School of Music & Drama for a 6-hour programme.

Got little ones? They (and let’s be honest, the grown ups too) will adore the hip hop dance performances by resident Boy Blue on March 4th and 5th. Expect an energetic physical performance alongside spoken word poetry and a DJ set in The Pit.

When is the Barbican’s 40th Anniversary?

The Barbican officially turns 40 on March 3rd, though their dedicated programme of events is running until the 6th.

How Do I Book Tickets?

You can book your tickets through the event calendar here – many events are free, though you’ll still need to secure a spot through the link.

How Do I Get To the Barbican?

It’s easy to get to the Barbican Centre – the tube station of the same name is located right next door. 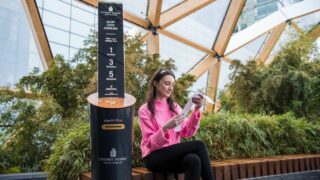 Previous
How to Celebrate International Women’s Day in London 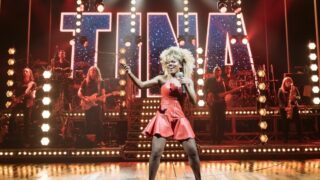 Next
Best Musicals in London: The Shows You Need to Watch